The Sapphire Coast Orchid Club presented its annual winter show at Twyford Hall, Merimbula, from the 18th to 20th August. In spite of the recent cold weather, there were plenty of wonderful orchids on display, with the ever popular and reliable cymbidiums providing a blaze of colour. Australian native orchids were well represented, including a lovely display of terrestrial orchids. A variety of exotic orchids with their flamboyant blooms provided extra interest.

Eden growers Bob and Muriel Bell had an outstanding show, claiming a total of 5 championships, including Grand Champion Orchid of the show with their superb Cymbidium Golden Embers â€˜Golden Teepeeâ€™. This plant carried 3 towering racemes of golden yellow flowers, making a very impressive display. It was also awarded Champion Cymbidium 90mm and Over. Bob and Muriel had more success with their Cymbidium One Tree Hill â€˜Beenakâ€™, which carried 6 racemes of shapely yellow blooms and gained Champion Cymbidium 60-90mm. Their Cymbidium Golden Ransom â€˜Golden Princesâ€™, carrying 7 racemes of buttercup yellow flowers all around the pot, was judged Champion Specimen Orchid and Reserve Champion of the show. This orchid was also the favourite among the many visitors to our show, winning the Popular Vote. Bob and Muriel came away with the overall point score and received the AOC Trophy.

Novice grower Warwick Matthews from Mogareeka proved that he can mix it with the best of them, by taking out Champion Cymbidium Under 60mm and Champion Novice of the Show with his beautifully grown and presented Cymbidium Warringah Winter ‘National Show’, carrying 5 racemes of arching red flowers. Well done Warwick!

John and Irene Stubbs from Brogo were successful with their exotic Rhyncostylis gigantea ‘Spots’, winning Champion Vandaceous Orchid of the Show. Helen Fraser from Bega took out Champion Floral Art with her imaginative arrangement of Cymbidium flowers in a shoe. David and Barbara Jones from Kalaru won Champion Fern or Foliage with their Abromitiella chlorosticha. 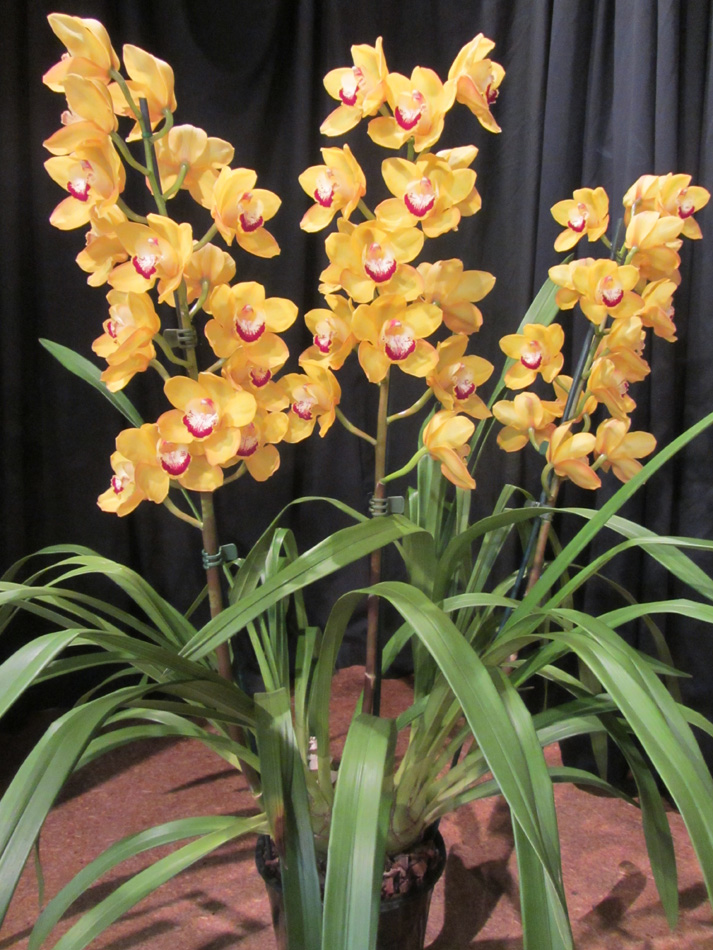 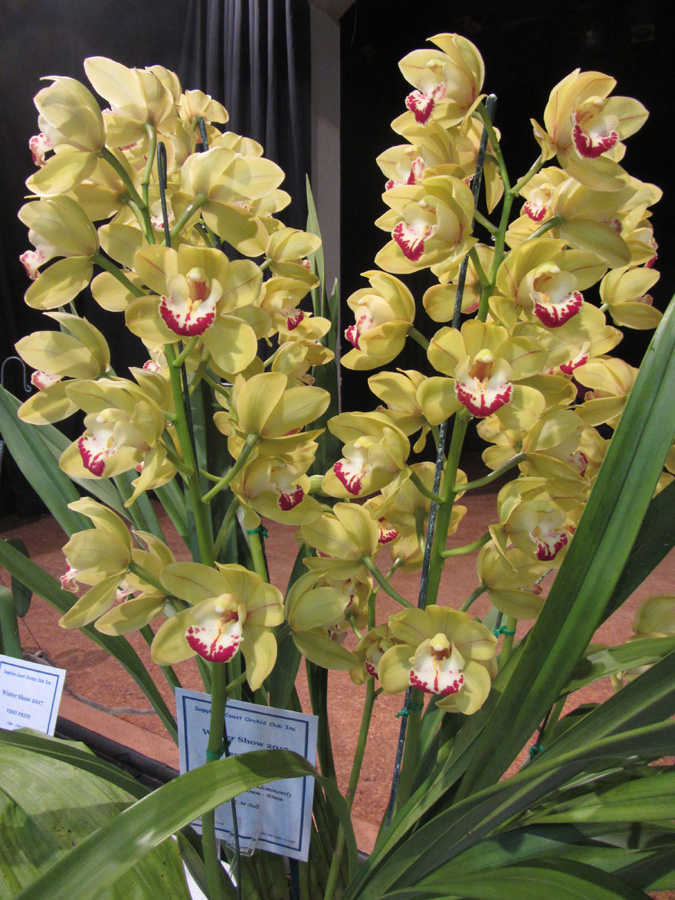 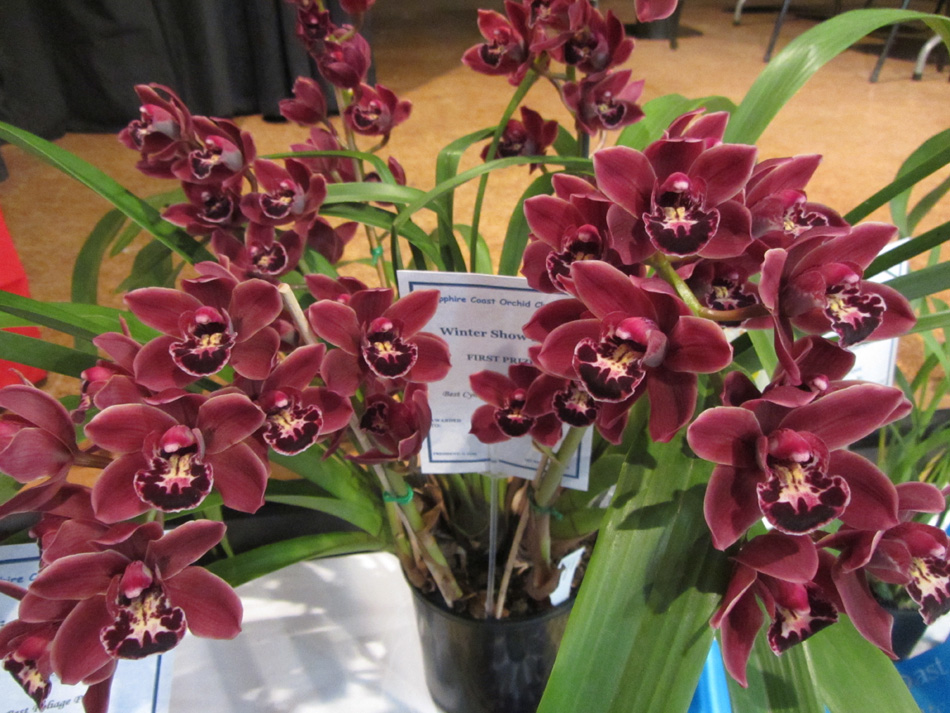 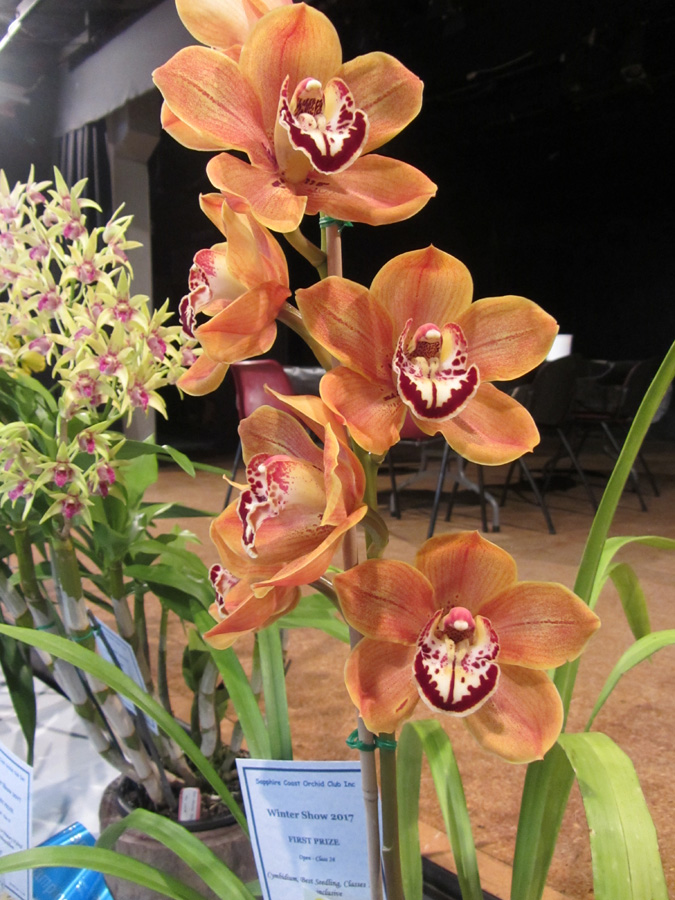 Champ. Seedling Other than Cymbidium 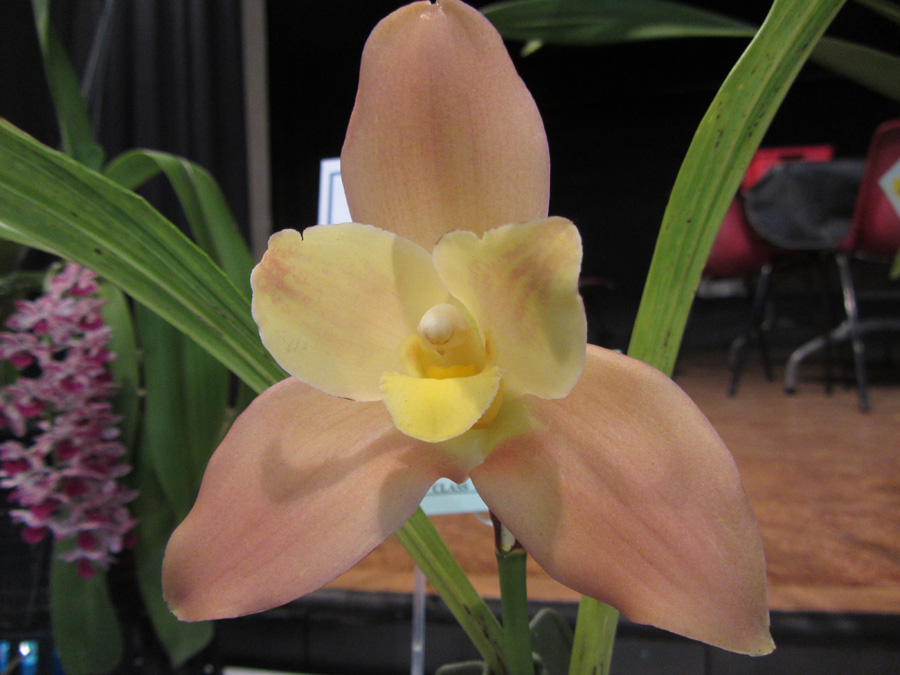 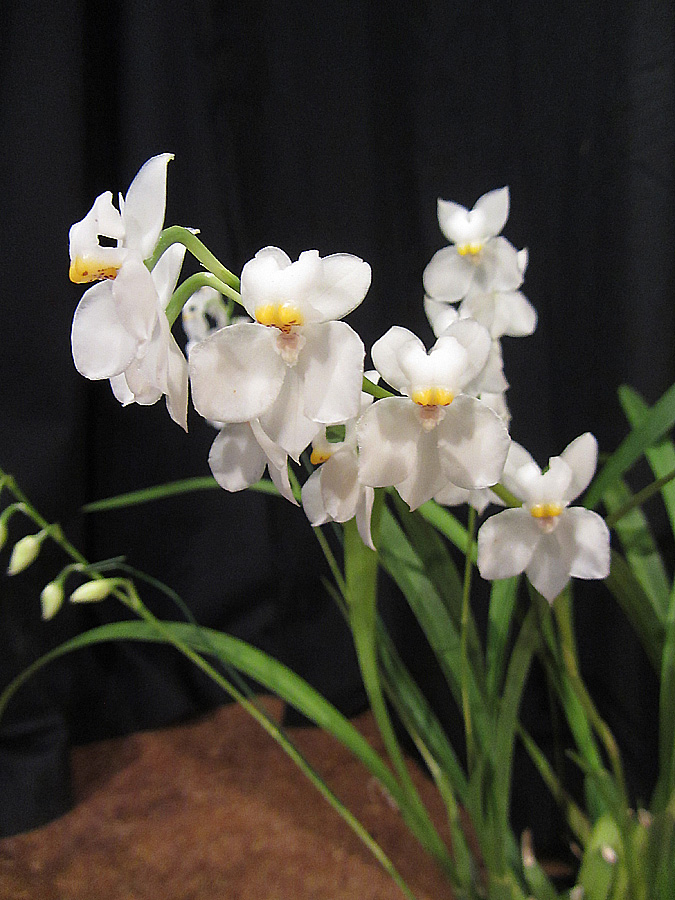 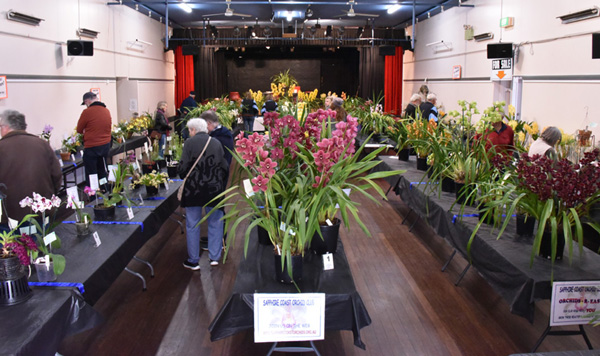