The Sapphire Coast Orchid Club presented its annual winter show at Twyford Hall, Merimbula, from the 15th to the 17th August. Growers from all over the South Coast and as far afield as Bairnsdale and Wodonga put together a spectacular and colourful display, much enjoyed by the many visitors who came to see our orchids over the three days. The ever popular Cymbidiums provided the mainstay of the show, supported by a strong showing of Australian Natives and a variety of exotic orchids such as Masdevallias, Slipper Orchids and Cattleyas. The quality of the plants on display was of a very high standard, attracting many positive comments from judges and visitors alike.

Bobby and Muriel Bell from Eden are well known for their outstanding collection of cymbidiums. The love and care given to their plants throughout the year and the attention to detail in presentation makes their plants stand out, and was well rewarded with 5 championships. Their Cymbidium One Tree Hill â€˜Beenakâ€™ made a stunning display and was much admired. It carried 9 racemes of deep yellow, red-lipped flowers and was awarded Champion Cymbidium 60-90mm, Champion Specimen Orchid and Grand Champion of the Show. Bobby and Muriel also won Champion Cymbidium 90mm and over with Cym. Sturmanâ€™s Rose â€˜Patricia Margaretâ€™, carrying 2 arching racemes of beautiful pink flowers. Rounding out a very successful show, their dainty pink striped Masdevallia Harlequin â€˜Draculaâ€™ x Vampire â€˜Beenakâ€™ was judged Champion Orchid Any Other Genera. Bobby and Muriel were winners of the overall pointscore and received the AOC Trophy. Congratulations and well done!

John and Irene Stubbs from Brogo are no strangers to the championship bench, and this year was no exception. Their aptly named Rhynchostylis retusa â€˜Redâ€™, carrying 5 pendulous racemes of deep red flowers, attracted much attention and was awarded Champion Vandaceous Orchid and Reserve Champion of the Show. John and Irene enjoyed more success with their lovely Rhynchostylis gigantea, which was awarded Champion Seedling Other than Cymbidium.

Champion Floral Art was won by Helen Fraser from Bega for her lovely arrangement featuring Cymbidium orchids.
Champion Fern or Foliage was won by Adrian and Kathy Goodall from Wodonga for their Pyrossia.

Congratulations to all winners, exhibitors and helpers for putting on a wonderful show. 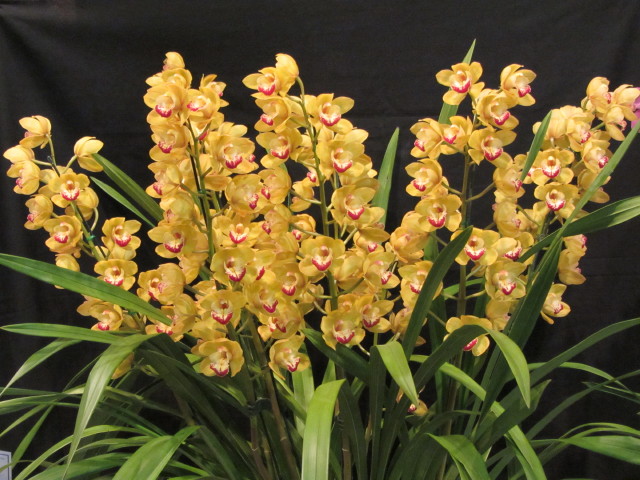 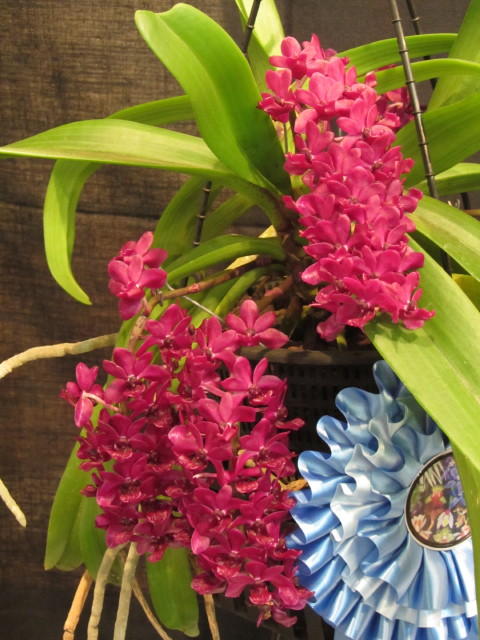 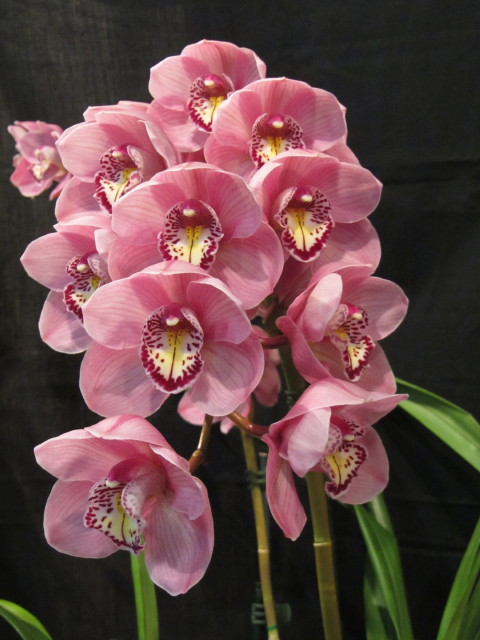 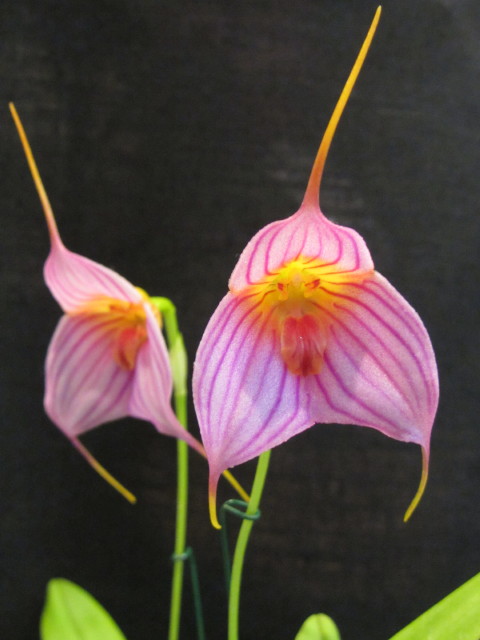 Champ. Any Other Orchid 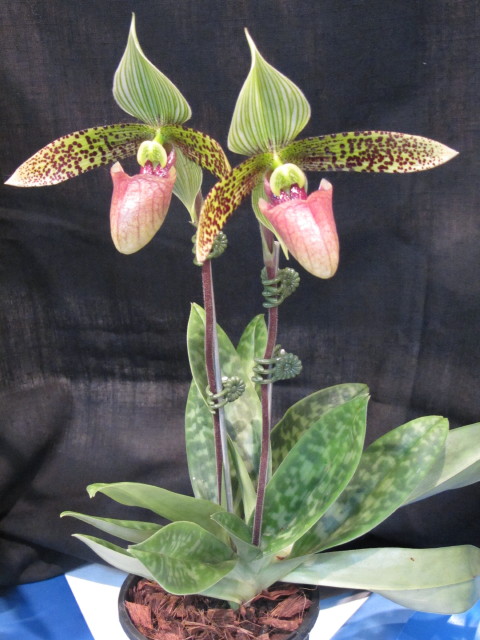 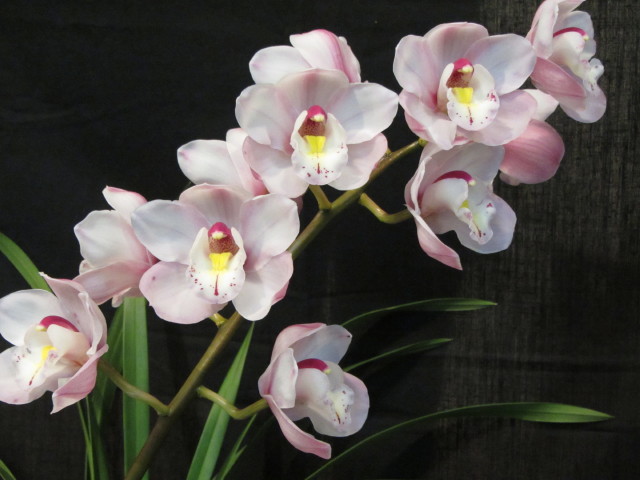 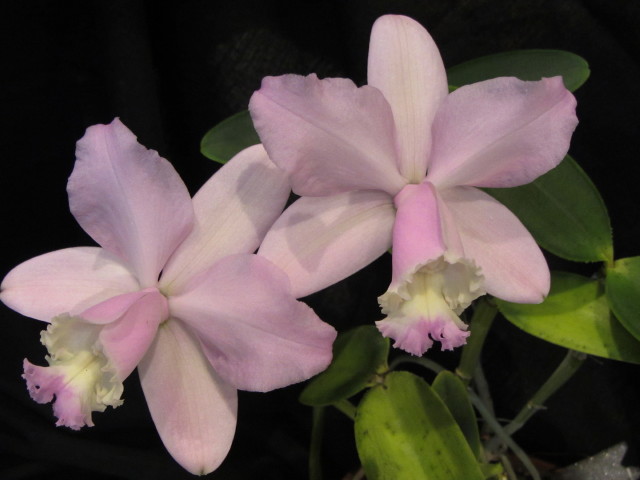