The Sapphire Coast Orchid Club presented its annual winter show at Twyford Hall, Merimbula, from the 16th to the 18th August. Growers from all over the South Coast put together a spectacular and colourful display, much enjoyed by the many visitors who came to see our orchids over the three days. The ever popular Cymbidiums provided the mainstay of the show, supported by a strong showing of Australian Natives, including some rarely seen Terrestrials, and a variety of exotic orchids such as Masdevallias, Slipper Orchids and Cattleyas. The quality of the plants on display was of a very high standard, the excellent presentation by our Novice growers was particularly pleasing.

Peter and Laurina Van Est from Dalmeny are well known for their wonderful collection of Masdevallias.
Their Masd Rein Dancer â€˜Sunriseâ€™, a beautiful deep red flower with an orange centre, caught the judgesâ€™ eye and was awarded Champion Orchid Any Other Genera, and Grand Champion of the Show. Congratulations Peter and Laurina.

As usual, the Cymbidium sections were very well contested.
Champion Cymbidium 90mm and Over went to Peter Macknight from Tura Beach, for his Cym Foxfire Amber ‘Dural’, carrying a single raceme of deep orange flowers displayed well above the foliage.
Champion Cymbidium 60mm to 90mm was won by Merimbula grower Susan Butler, with her lovely Cym Drouin Masterpiece ‘Renae’. This plant carried three racemes of shapely orange blooms.
Champion Cymbidium Under 60mm went to Bob and Muriel Bell from Eden, for their Cym Sarah Jean ‘Jennifer’, which made a beautiful display with 10 racemes of dainty green flowers cascading all around the pot. Bobby and Muriel were also winners of the overall point score, and received the AOC Trophy.

Jeffrey Lee from Cobargo, another newcomer to the Open section, claimed Champion Laeliinae Alliance with his pretty and colourful C Mariâ€™s Song.

Champion Floral Art was won by Helen Fraser from Bega for her lovely arrangement featuring Cymbidium orchids.
Champion Fern or Foliage was won by Les Humphries from Bega for his Rope Fern.
Congratulations to all winners, exhibitors and helpers for putting on a wonderful show. 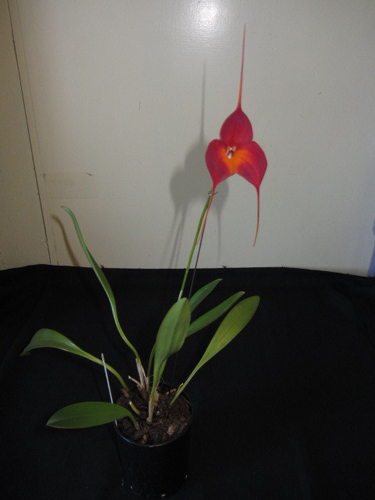 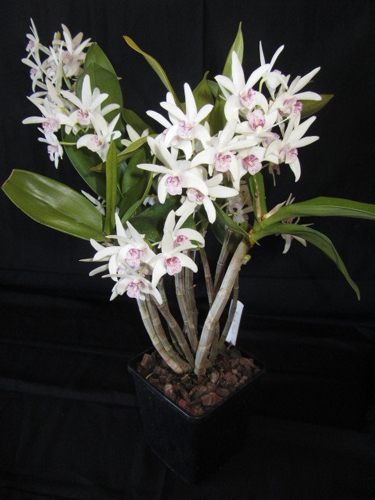 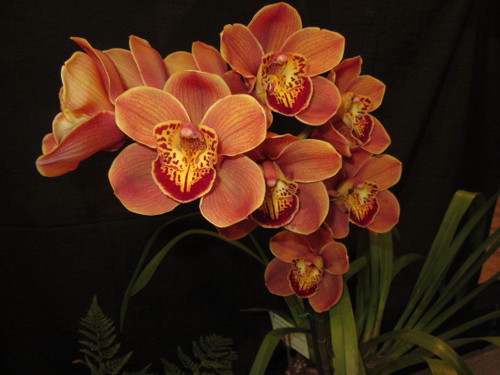 Champion Cymbidium 90mm and over 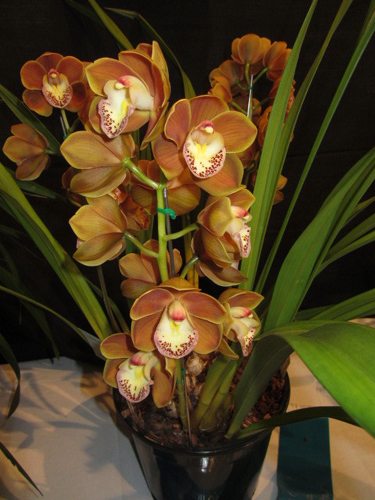 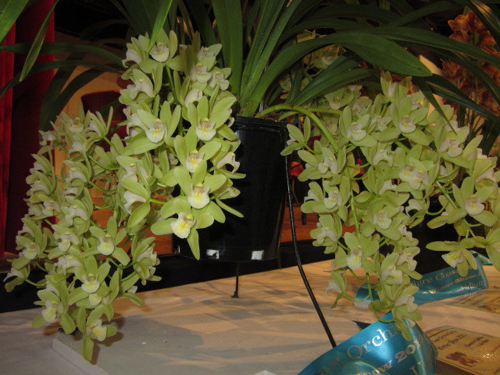 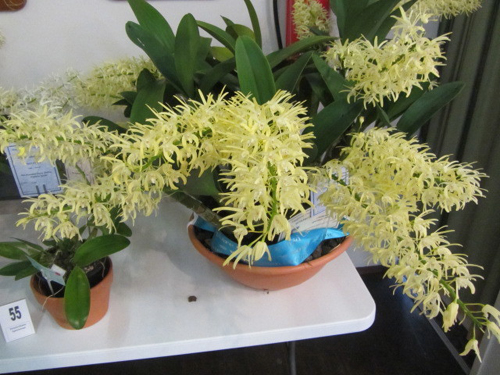 Champion Seedling Other Than Cymbidium 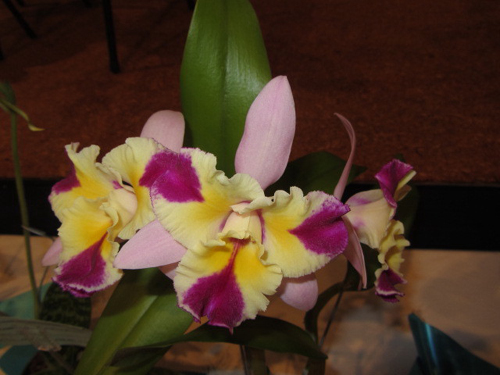