The Sapphire Coast Orchid Club presented its annual winter show at Twyford Hall, Merimbula, from the 10th to 12th August. Growers from all over the south coast and as far away as Bairnsdale came together to put their finest on display, and to celebrate the 30th Anniversary of our club. As usual, Cymbidiums provided the mainstay of the show, supported by a variety of other exotic orchids. The quality of the plants on display was of a very high standard, attracting many positive comments and making a beautiful show for the many visitors to enjoy.

John and Irene Stubbs from Brogo had amongst their exhibits two very fine examples of the exotic species Rhyncostylis retusa, the foxtail orchid, carrying pendulous racemes of many pink and white flowers. These eye-catching plants so impressed the judges that one was awarded Grand Champion and Champion Species Orchid, and the other Reserve Champion of the Show. Congratulations John and Irene.

Rob Pollock and Brenda Western from Ulladulla won Champion Australian Native or Native Hybrid with their large and beautifully flowered Dockrillia teretifolium. Champion Vandaceous Orchid of the Show went to Joy and Alf Rizzetti from Tura Beach for their colourful Sartylis Braveheart â€˜Sandyâ€™.

Congratulations to all winners, exhibitors and helpers for putting on a wonderful show. 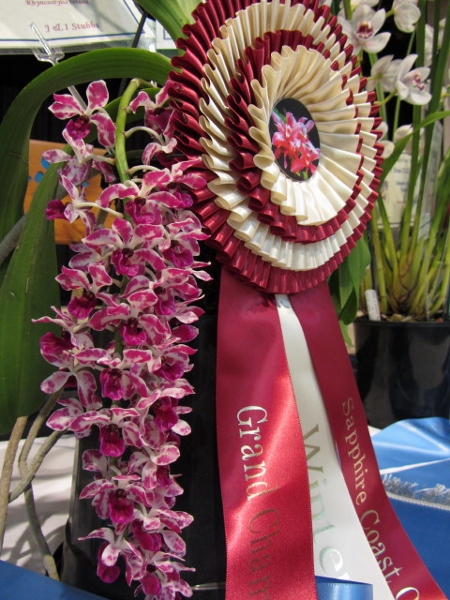 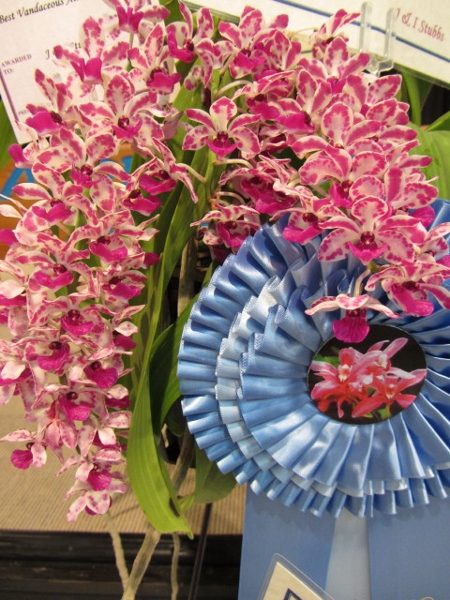 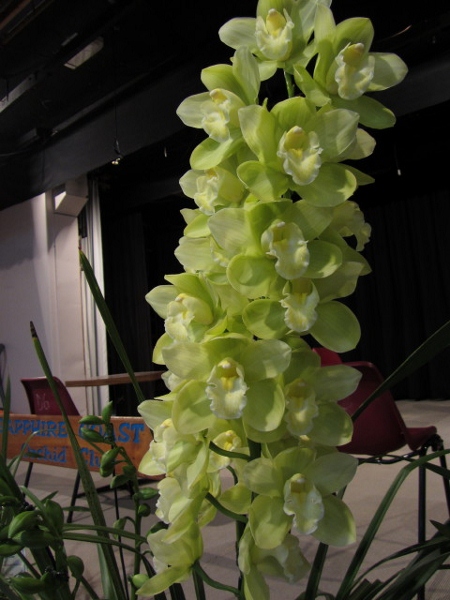 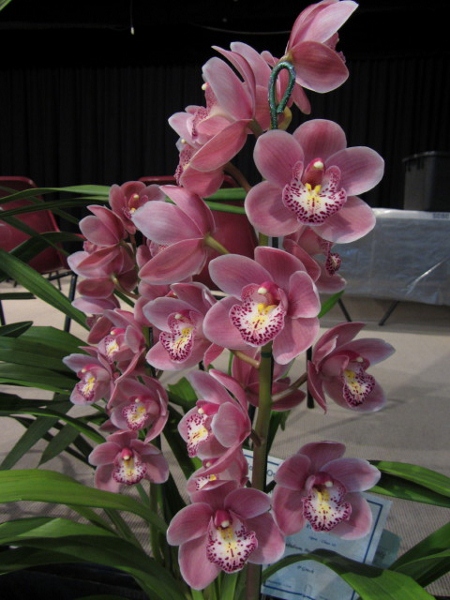 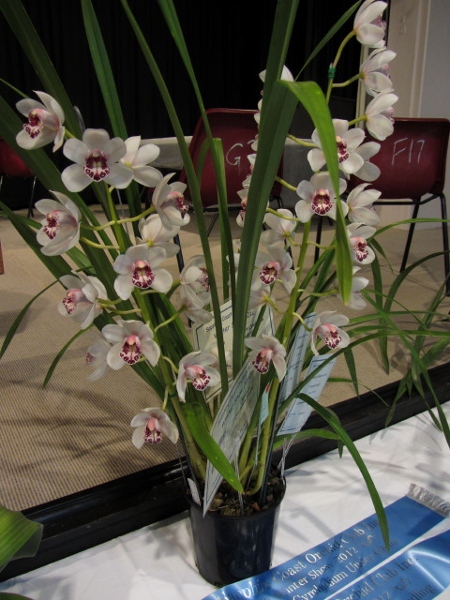 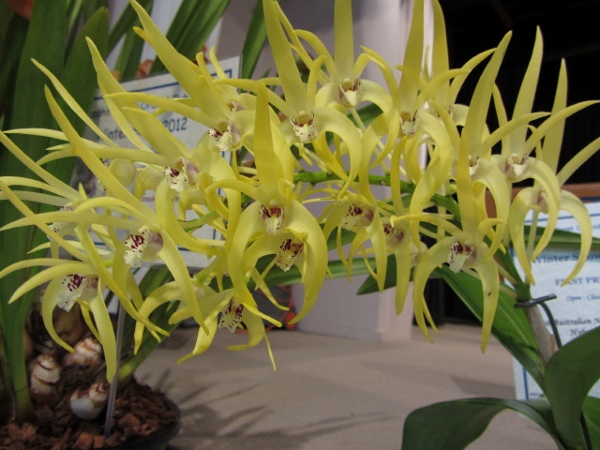 Seedling Other than Cymbidium 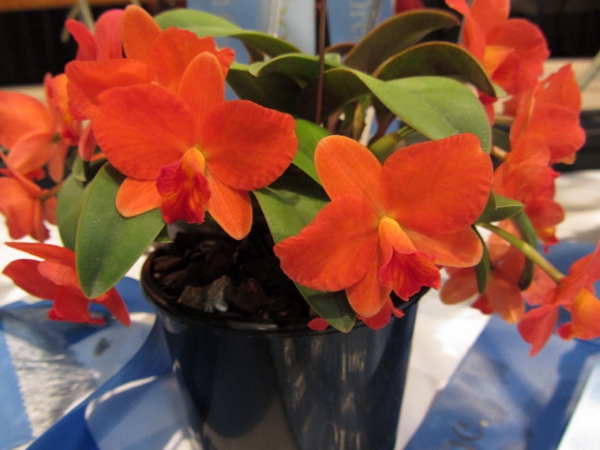 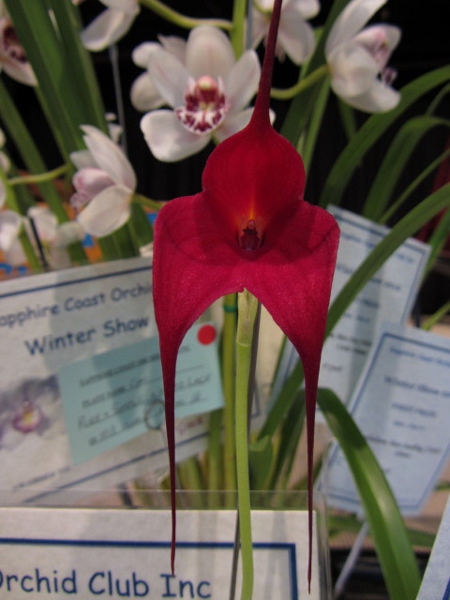