The Sapphire Coast Orchid Club presented its annual 2011 winter show at Twyford Hall, Merimbula, from the 12th to 14th August. Growers from all over the south coast and as far away as Bairnsdale came together to put their finest on display, and created a colourful spectacle for the many visitors who came along to enjoy the show.

Cymbidiums are at their peak at this time of year, and provided the mainstay of the show, supported by a good showing of paphiopedilums (slipper orchids), Australian natives, Masdevallias and a variety of other exotic orchids. Novice growers put on a particularly good showing with some very high quality cymbidiums on display.

Phil Grech does not often make the journey from Bairnsdale, but he certainly made it count this year with a number of high quality plants, displayed to perfection. Phil scooped the pool with 5 championships, including Grand Champion of the show, awarded to his beautiful standard Cymbidium Lancashire Khan ‘Debonair’. This plant carried 2 racemes of light pink flowers, offset by a lip edged in red. It was also awarded Champion Cymbidium 90mm and Over. In addition, Phil gained Champion Cymbidium Seedling with his Cym Mem Merv Dunne x Patsy Bauman , carrying a single raceme of perfectly formed buttercup yellow flowers, Champion Australian Native or Native Hybrid with his pink Dendrobium Bellinger Surprise x Vintage, and Champion Specimen Orchid with Cymbidium Jess’s Luck ‘Jennie’. This plant was a real eye-catcher, carrying 8 racemes of pink blooms displayed well above the foliage. Phil was also the winner of the overall point score and received the AOC Trophy.

Sylvia Hawkins from Batemans Bay won Champion Laeliinae Alliance with her superb BLC Burdekin Dawn ‘First Light’. This plant carried 4 large, glistening white flowers with a pink blush and large yellow and purple, frilly lip, and was much admired. Champion Vandaceous Orchid of the Show went to John and Irene Stubbs of Brogo, for their lovely Rhyncostylis gigantea. Champion Species Orchid was awarded to Joy and Alf Rizzetti of Tura Beach for their Restrepia sanquinii.

Congratulations to all winners, exhibitors and helpers for putting on a wonderful show. Sapphire Coast Orchid Club would like to thank our major sponsors, Robert Smith Complete Furnishers of Pambula, for their very generous support of our show. 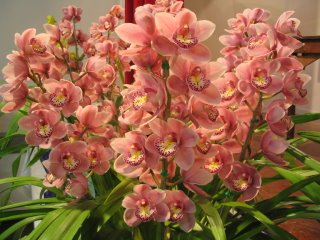 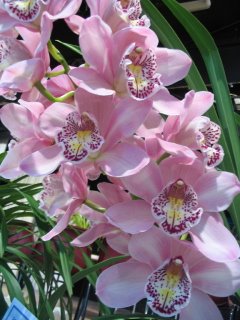 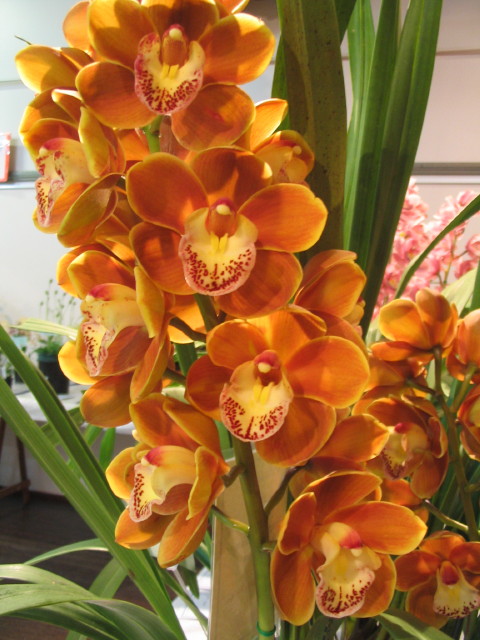 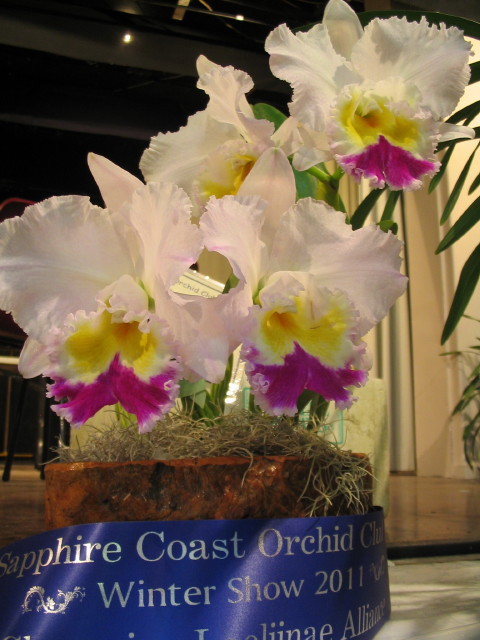 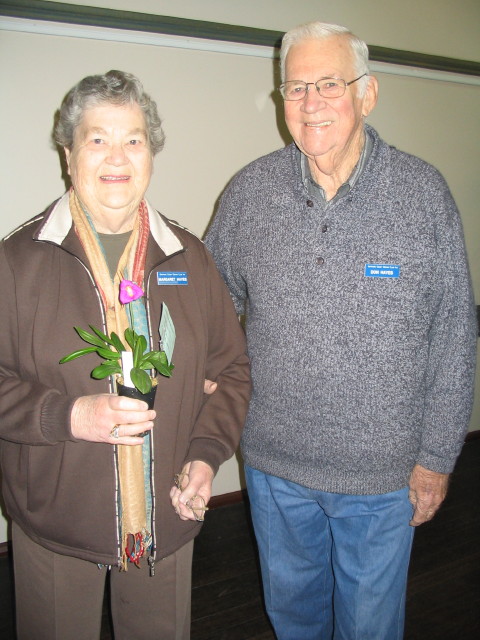 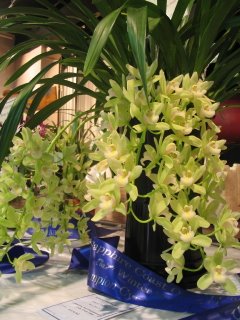 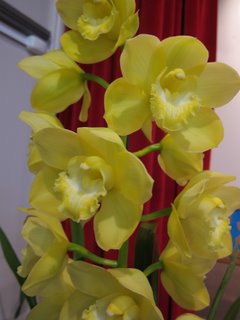