Twyford Hall Merimbula was the venue for the 2009 Sapphire Coast Orchid Club Winter Show. Despite the gloom over the generally difficult flowering this year the hall was ablaze with striking plants from a wide range of genera.

Grand Champion was awarded to Shirley Bedingfield, a Merimbula grower with a beautifully presented Sartylis Bravehart ‘Sandy’, this plant had a raceme of 14 purple and white 3 cm flowers that commanded attention. The plant was also awarded Champion Vandaceous Orchid.

Reserve Champion and Champion Orchid Any Other Genera was a Masdevallia Machu Picchu presented by P & L Van Est from Dalmeny. This classical Masdevallia had a magenta bloom with the typical Masdevallia iridescence that attracted plenty of attention on the champions table.

As usual Cymbidiums were a feature of the show and the over 90 mm section and Champion Cymbidium seedling went to J & I Stubbs of Brogo with their Cym Yowie Kingdom ‘Pink Ice’ x Vivacious Magnificent, John and Irene were also successful in the Australian Native or Native Hybrid section with Dendrobium Avril’s Gold, Champion Species Orchid with Dendrobium speciosum and Champion Paphiopedilum with the spectacular Spotted Classical Paphiopedilum, Personality Liliumdale, a 13 cm beauty.

Champion 60 to 90 mm Cymbidium was awarded to the classic Willunga Regal ‘Midnight’ shown by Eden growers Bob and Muriel Bell. In the under 60mm class Anne Schramm and Ian Scott of Bodalla were successful with a well presented Cym Showgirl x Ovation, a plant with 5 spikes of pale green flowers with a striking red lip.

Ulli Cliff from Bega retained her dominance in the Champion Laeliinae Alliance with a mauve 70 -110 mm flower Lc Mini Purple ‘OC’ x Lc Mood Indigo.
Champion Specimen was given to Joy and Alf Rizetti for their Coelogyne Intermedia ‘Unchained Melody’ which was no stranger to the winners circle.
Whilst the Champion Floral Art was not strongly represented the beautiful and delicate arrangement by Anne Willis would have been at home on any Champions Table.

Overall the show was very much appreciated by the public who were queued at the door for the 9.00 am opening. 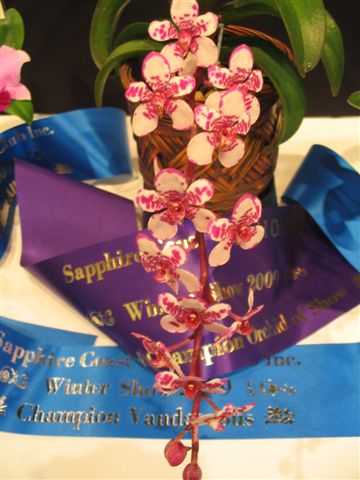 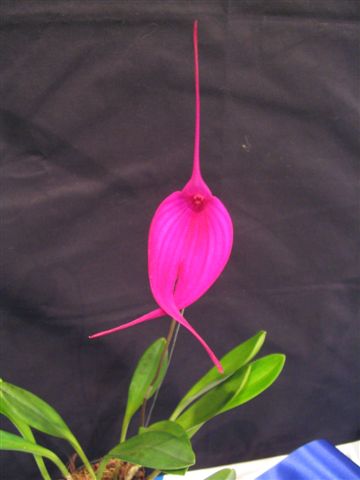 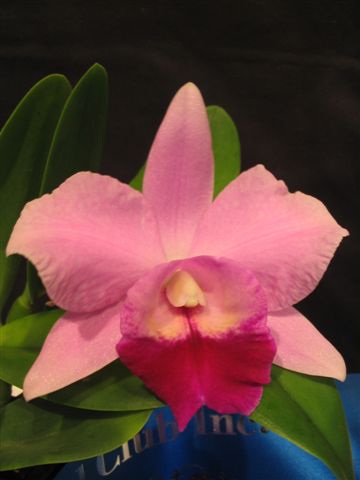 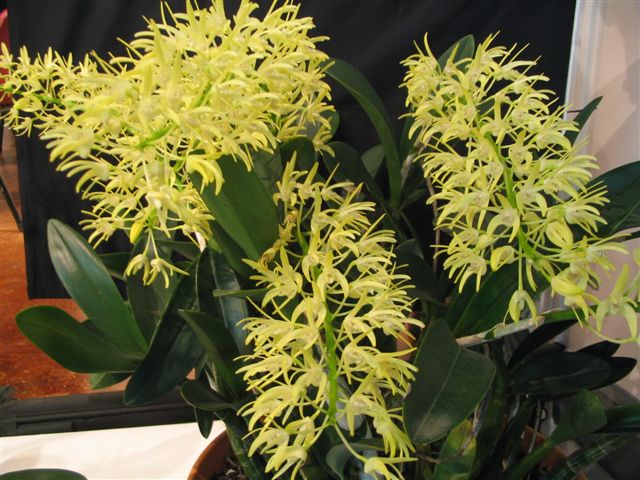 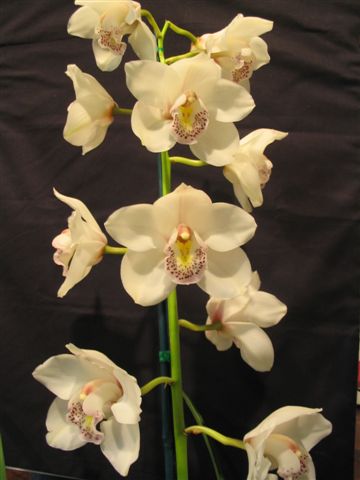 Champion Cymbidium 90mm and Over 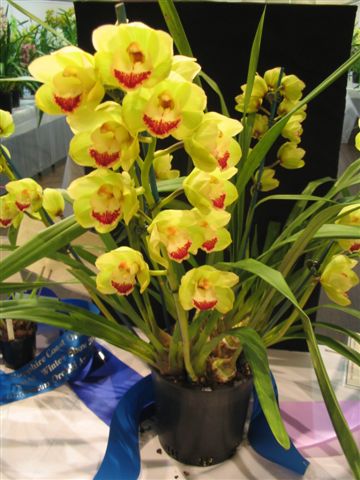 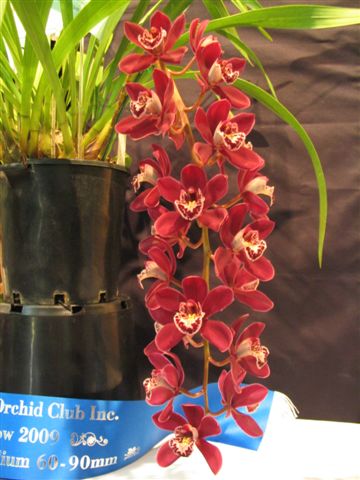