The Sapphire Coast Orchid Club presented its annual winter show at Twyford Hall, Merimbula, from 15 to 17 August. In spite of the recent cold weather, there were plenty of wonderful orchids on display, with the ever popular and reliable cymbidiums providing a blaze of colour. Australian native orchids were also well represented, providing a hint of what is to come in the months ahead. A variety of exotic orchids with their flamboyant blooms provided extra interest.

Shirley Bedingfield from Merimbula again dominated the Australian Natives and Pleurothallids sections, gaining Champion Orchid Any Other Genera with a lovely specimen of Dockrillia fuliginosa, and Champion Seedling Other Than Cymbidium with her Dendrobium Intense ‘Mary’ x Tyabb ‘Heather’. Shirley also came away with the overall point score and received the AOC trophy.

Doug Schofield from Eden was again rewarded with the Junior Championship for his well flowered dark red Cymbidium Ruby Eyes ‘85’. The Floral Art was taken out by Joy Richardson and Alf Rizzetti from Tura Beach with an arrangement featuring yellow cymbidium orchids. 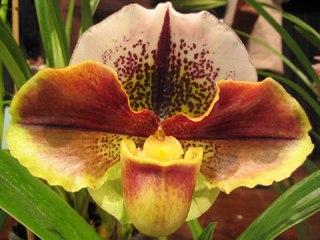 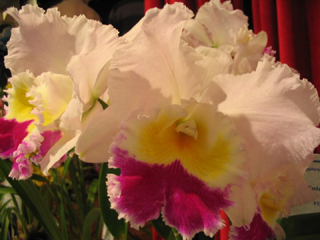 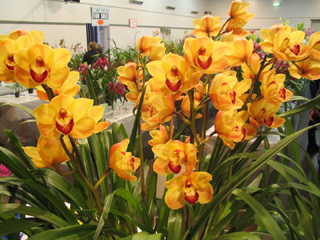 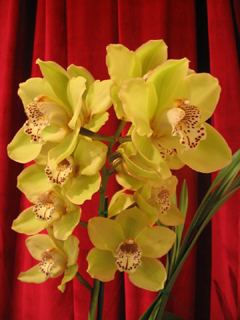 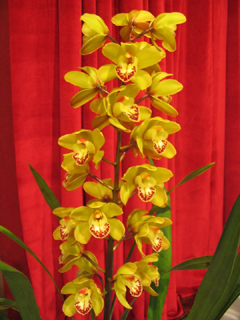