The Sapphire Coast Orchid Club presented its annual winter show at Twyford Hall, Merimbula, from the 19h to the 21st August. Many visitors came to enjoy the colourful display. In addition to the ever popular cymbidiums, there was a very good display of Australian Native orchids, including a fine selection of terrestrials, and a variety of exotic orchids including Masdevallias, Slipper orchids, Oncidiums and Cattleyas.

Bobby and Muriel Bell from Eden have a reputation for growing outstanding cymbidiums and this was once again reflected on the championâ€™s bench. Their superb Cym Kimberley Splash ‘Tepee’, carrying 3 towering racemes of up to 20 perfectly presented blooms , was awarded Champion Cymbidium 90mm and Over and Reserve Champion of the Show. Their Cym Ruby Valley ‘Clare’ impressed with 7 racemes of deep red flowers, and was awarded Champion Cymbidium, 60mm – 90mm and Champion Specimen Orchid, and their beautiful Cym Durack ‘Big Boy’ x Kalahari ‘Pepper Sunset’, carrying a single raceme of 13 yellow blooms was awarded Champion Cymbidium Seedling and the Phil Grech Cymbidium Seedling Medal. Proving that they can grow other orchids as well, Bobby and Muriel were successful with their very pretty Masdevallia Richard Tongue ‘Perfect Stripes’ being awarded Champion Orchid Any Other Genera, and they also won Champion Species Orchid with their Masdevallia angulata and were winners of the overall pointscore, receiving the AOC Trophy. Congratulations Bobby and Muriel.

Jeff Knox from Merimbula was successful in the Under 60mm Cymbidium section with the very eye-catching Cym Sarah Jean â€˜Ice Cascadeâ€™, carrying 9 racemes of pure white flowers cascading all around the pot.

John and Irene Stubbs from Brogo were also amongst the winners, gaining Champion Seedling Other Than Cymbidium with their pretty spotted Phalaenopsis Dtps Chian Xen Pearl x Tinny Purple Spots and Champion Vandaceous Orchid of the Show with their Sartylis Toowoomba Sparkle ‘Coconut Ice’.

Champion Floral Art was won by Helen Fraser from Bega for her lovely arrangement featuring Cymbidium orchids.
Champion Fern or Foliage was won by Les Humphries for his Hareâ€™s foot Fern.

Congratulations to all winners, exhibitors and helpers for putting on another wonderful show.
Sapphire Coast Orchid Club would like to thank our major sponsors, Robert Smith Complete Furnishers of Pambula, for their very generous support of our show. 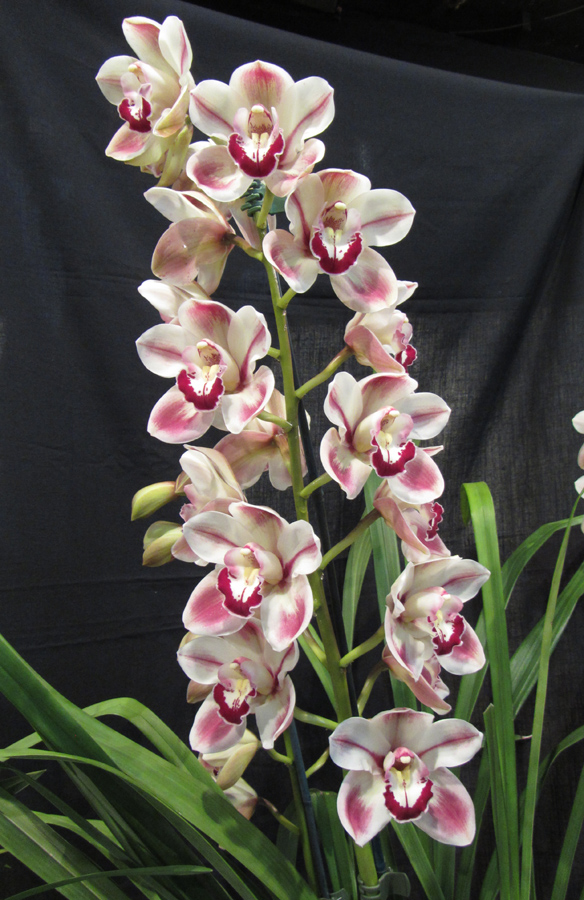 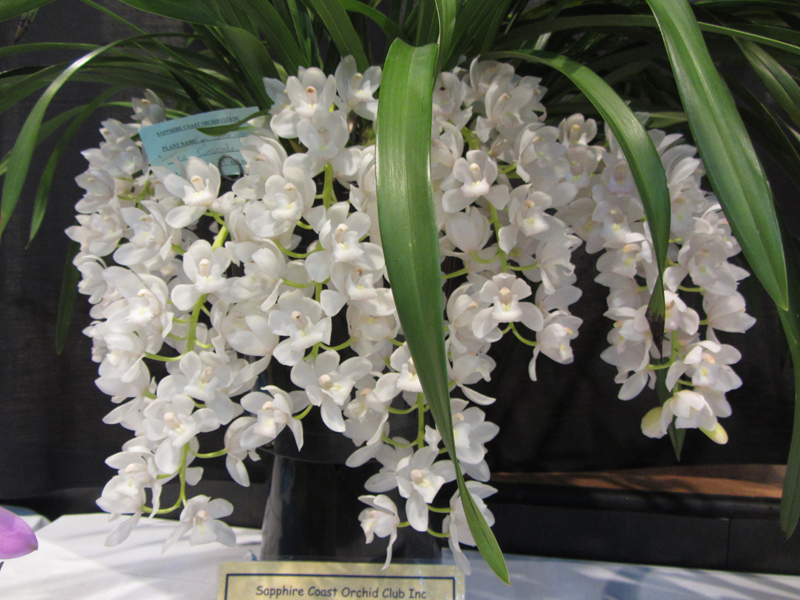 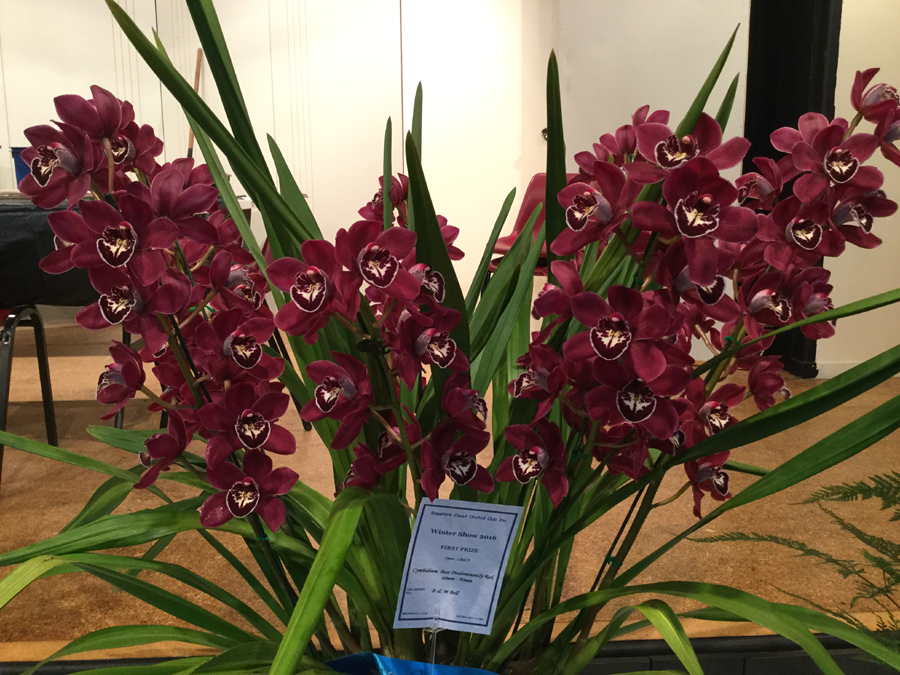 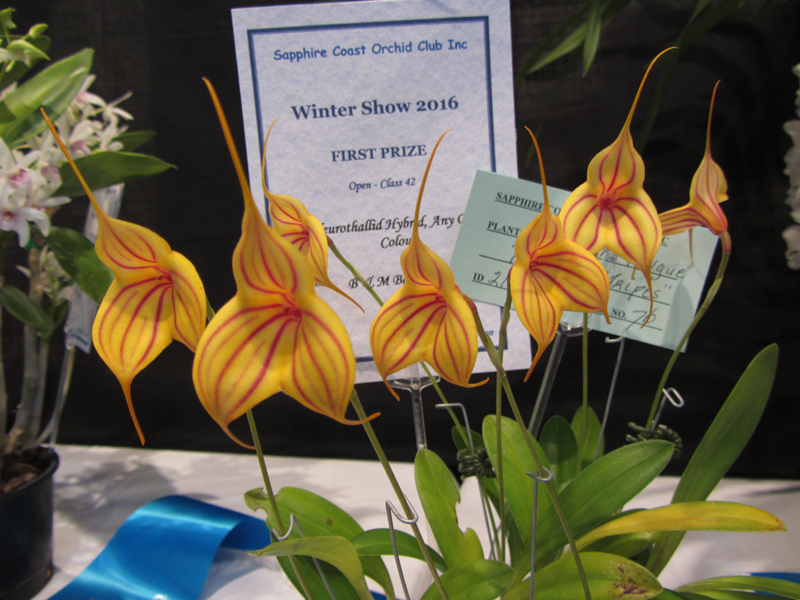 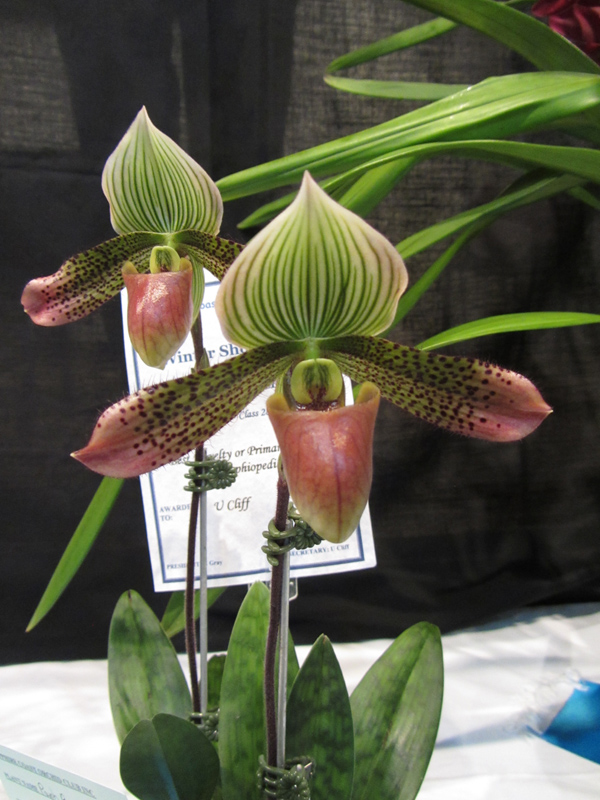 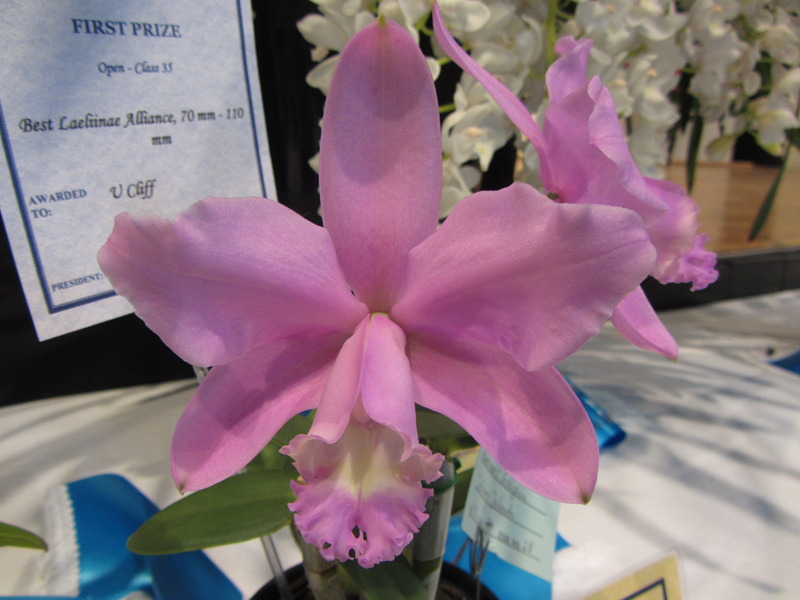 Champion Seedling Any Other Genera 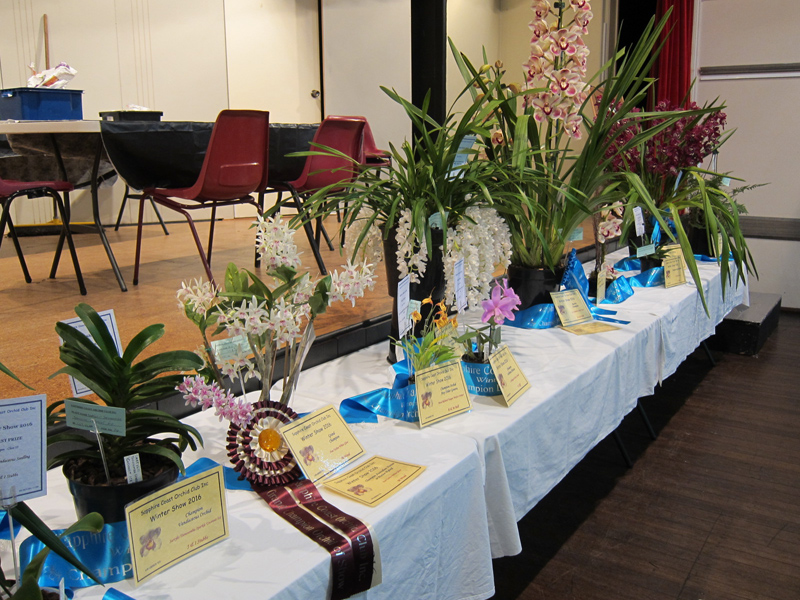 some of the outstanding Champions