The Sapphire Coast Orchid Club presented its annual Spring orchid Show at the Bega Valley Commemorative Civic Centre on 20th and 21st September. The year was quite a challenge with almost no rainfall and quite cold windy conditions tempered with out of season hot weather, none the less a very good show was mounted for visitors who universally acclaimed the display.
Narooma members Don and Margaret Hayes made the journey south to present some very high quality plants, their Cattleya loddigessii â€˜Solitary Islandâ€™ with 15 large pink flowers which were beautifully displayed was judged Grand Champion of the show, Champion Laeliinae Alliance and Champion Species Orchid. They had additional success with their Paphiopedilum Invincible â€˜Melbourneâ€™ which was Champion Paphiopedilum. Well worth the trip!
Club President, Graham Gray from Eden continued his winning streak adding Reserve Champion and Champion Any Other Genera to this yearâ€™s successes with Masdevallia Midas Touch â€˜Crown Vistaâ€™. This now well known plant supported a large almost perfect flower with strong clear colour.
Champion Novice was awarded to Club stalwart Merle Danvers from Bega for her well flowered Dendrobium Essie Banks with its great display of yellow splashed with red flowers rewarding her for all of the work she has put into the Club and her plants since joining several years ago.
Premium Cymbidium growers Bob and Muriel Bell of Eden were well to the fore in the Cymbidium section with Champion Cymbidium 90 mm and over, Kimberly Splash â€˜TPâ€™ with its two elegant arching racemes of large flowers, Champion 60 mm to 90 mm Ruby Valley â€˜Box of Chocolatesâ€™ with four racemes and Champion Specimen Radiant Ruby â€˜Dark Ladyâ€™ with its eight racemes of towering red spikes.
Long time member from south of the border Phil Grech came north for the Spring with some very high quality plants as we have come to expect. His Cymbidium under 60mm which he bred, Philâ€™s Gem â€˜Braydenâ€™, was an eye-catching yellow flushed with red flower on gently arching stems, a real stunner! He was also successful with a pristine white Dendrobium seedling, Australian Rose â€œBeautyâ€™ x Den. speciosum â€˜Daylight Moonâ€™ which was awarded Champion Seedling Other Than Cymbidium. To cap it off he was also awarded Champion Australian Native or Native Species with his Den. Australian Nugget â€˜Pride of Australiaâ€™, a plant that he named. Phil doesnâ€™t come north for nothing!
Budding Cymbidium grower Jeff Knox gained Champion Cymbidium Seedling with Cymbidium White Valley Becky x unknown which he bred and raised, hopefully the first of a long line of successes for him.
Joy and Alf Rizzetti showed the Champion Vandaceous orchid with their crystalline white Phalaenopsis. As they are preparing to move away from the area this may be the last time we see them on the show bench, so we wish them all the best for the future and hope their plants find a new home and thrive.
Novice member Mary Lee presented a classical floral arrangement to win the Champion Floral display. Her experience along with Merle Danvers in preparing the posy bowls for sale has sharpened her skills and obviously contributed to this success, thanks to you both.
Congratulations to all winners and exhibitors and thank you to all who made this show the success that it was.
Sapphire Coast orchid Club would also like to thank our Principle Sponsor Bendigo Bank Bega branch for their generous support without which we would struggle to mount such a successful show. 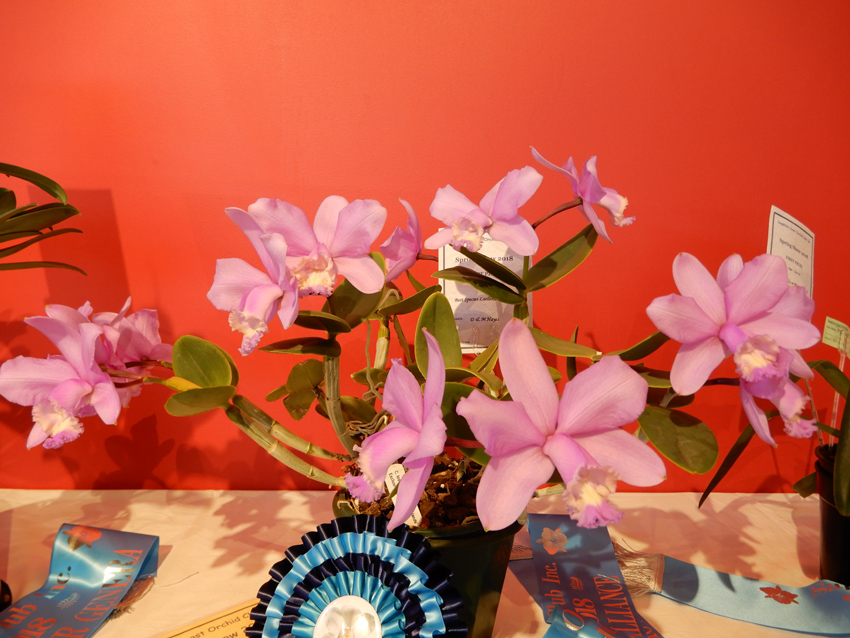 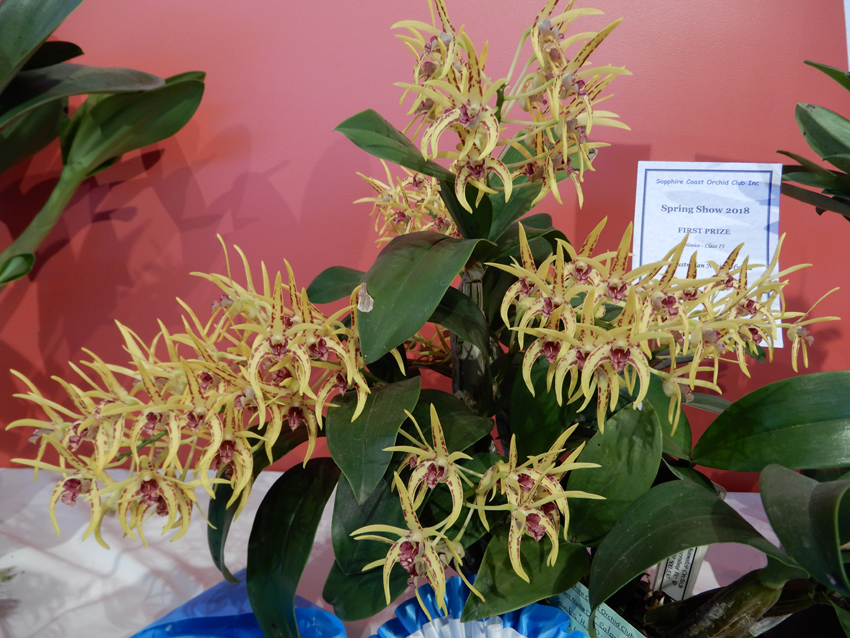 Reserve Champion, Champion Any Other Genera 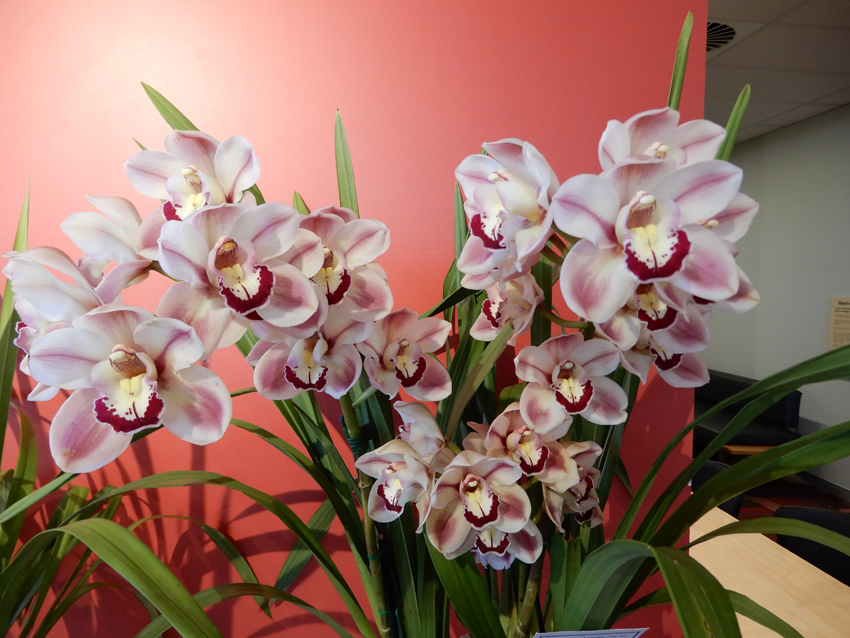 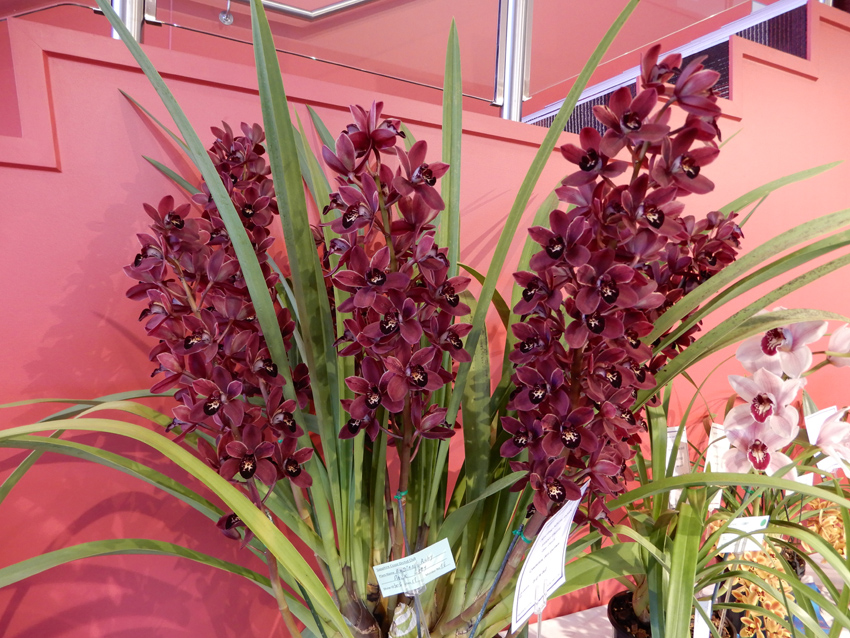 Champion Seedling Other than Cymbidium 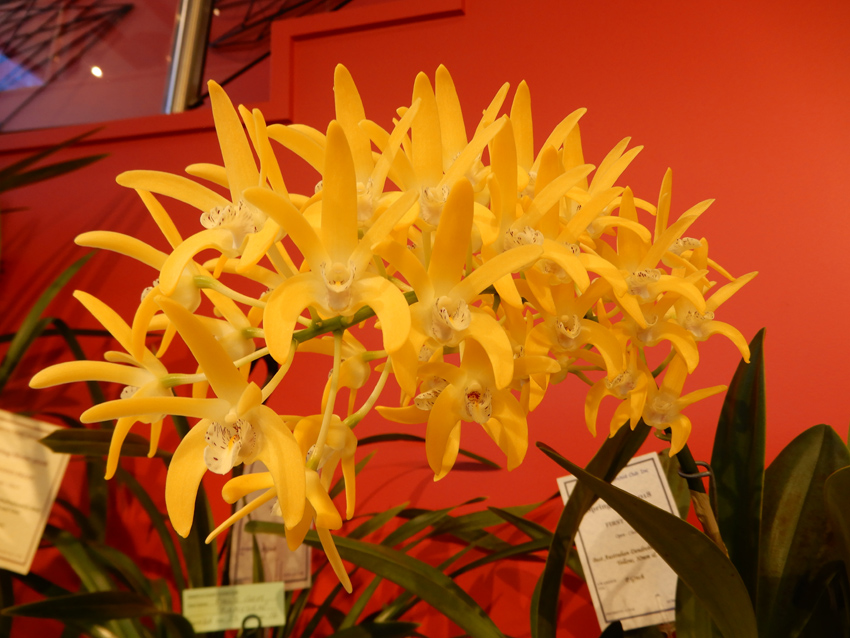 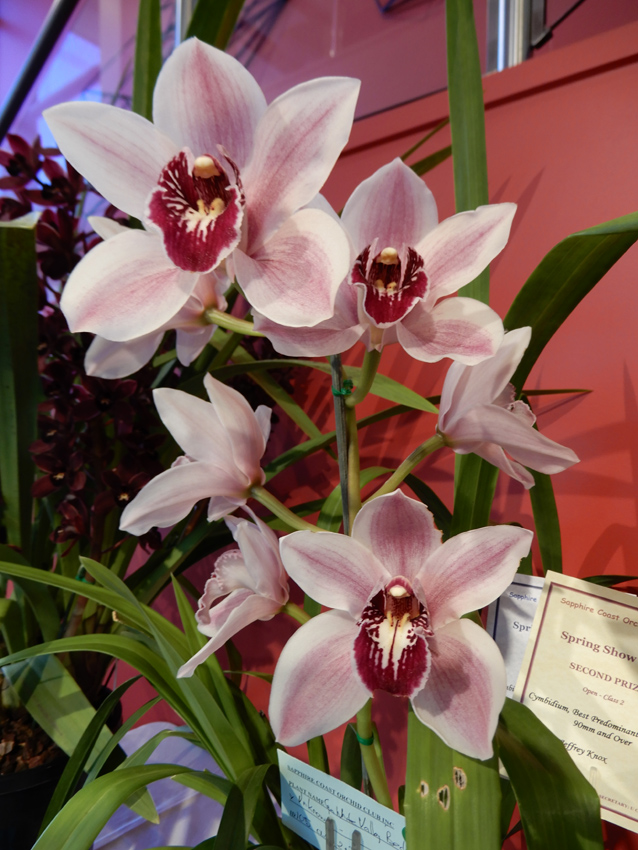 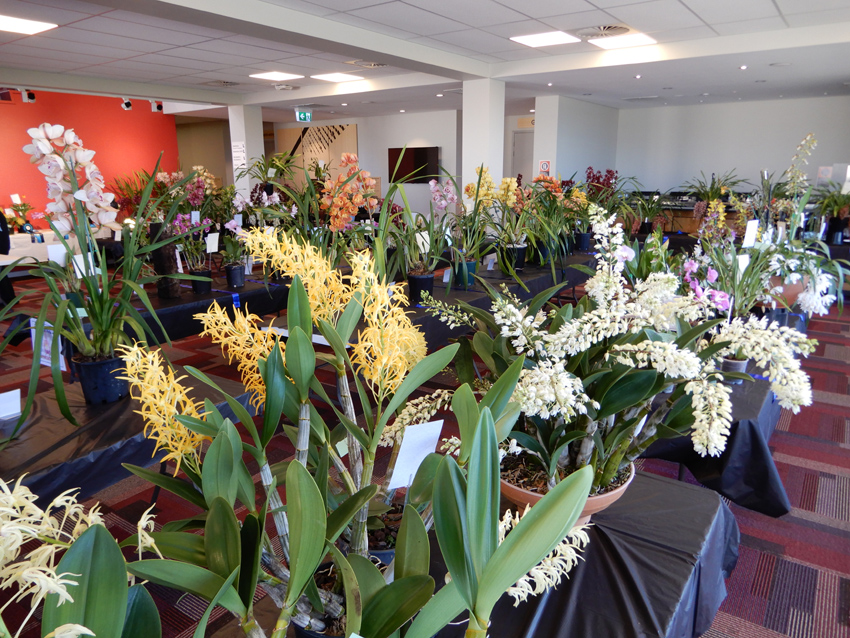