A kaleidoscope of colours and the heady fragrance of Australian Native Orchids en masse greeted visitors to the Bega Civic Centre as the Sapphire Coast Orchid Club presented its annual Spring Orchid Show on the 22nd and 23rd September. Itâ€™s an exceptional flowering year for our Aussie natives, and they made a truly spectacular display, complemented by a very good variety of exotic genera including Cymbidiums, Cattleyas and Masdevallias. The display was of a high quality and attracted many positive comments from both the judges and visitors alike.

All the classes were very well contested. Michael Wood from Kalaru has established himself as the master Australian Native grower, all of his plants being of very high quality and beautifully presented. His outstanding Dendrobium speciosum ‘Peninsula Princess’ x grandiflorum â€˜Berangi Goldâ€™, with 11 long, arching racemes of yellow flowers so impressed the judges that it was awarded with four championships, Champion Australian Native or Native Hybrid, Champion Species Orchid, Champion Seedling Other than Cymbidium and Grand Champion of the Show.

Michael and Bobby and Muriel couldnâ€™t be separated and were joint winners of the overall pointscore and shared the Maurine Cochrane trophy. Well done and congratulations.

Champion Specimen went to Margaret Wong from Mallacoota for her giant Dendrobium gracilicaule. With too many flowers to count this beautiful specimen took two men to get on the bench!

Graham Gray from Eden was also amongst the winners with his beautiful red Masdevallia Falcata â€˜Donnaâ€™ being awarded Champion Orchid Any Other Genera.

Congratulations to all winners and exhibitors and thank you to all who helped make this show such a wonderful success.

Sapphire Coast Orchid Club would like to thank our principal sponsors Bendigo Bank Bega branch supported by our long time sponsors Southern Farm Supplies of Bega, for their generous support of our show. 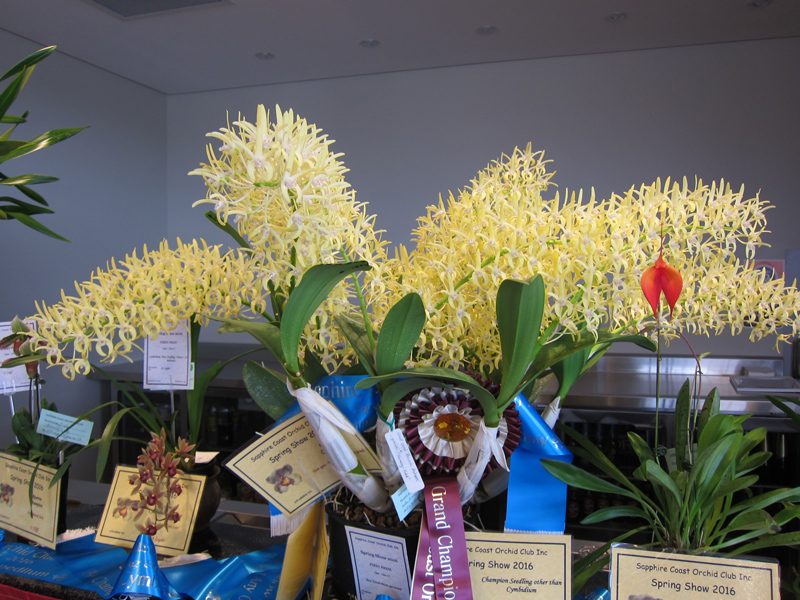 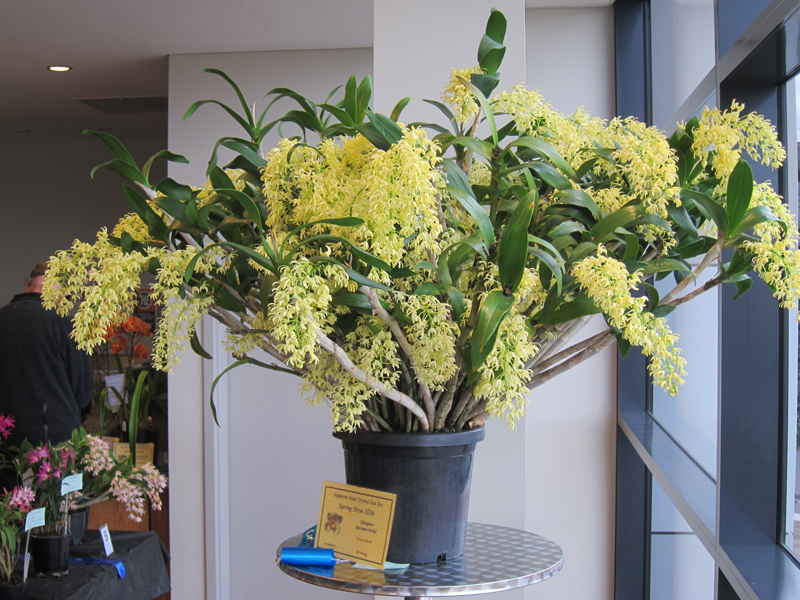 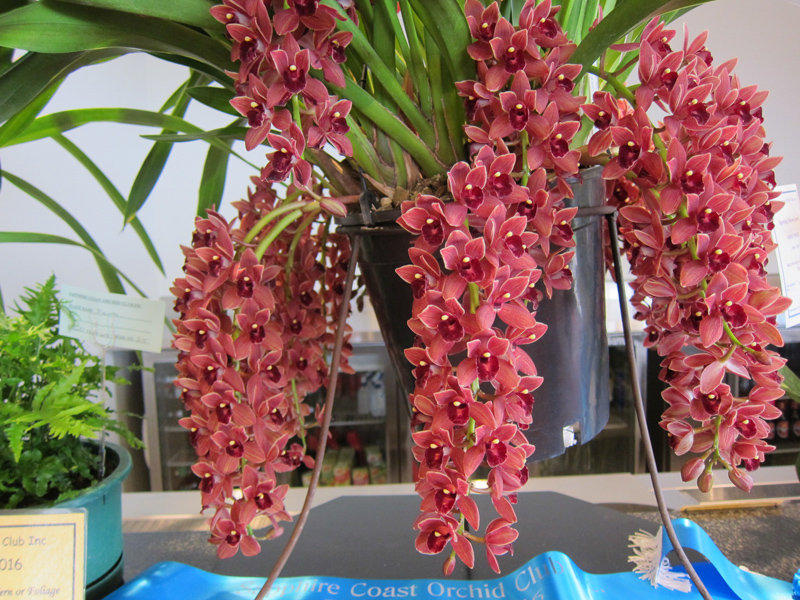 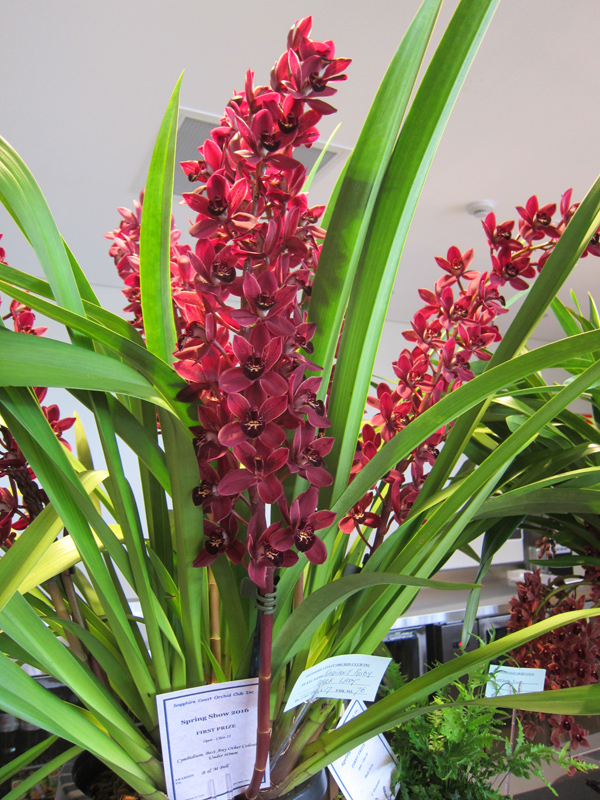 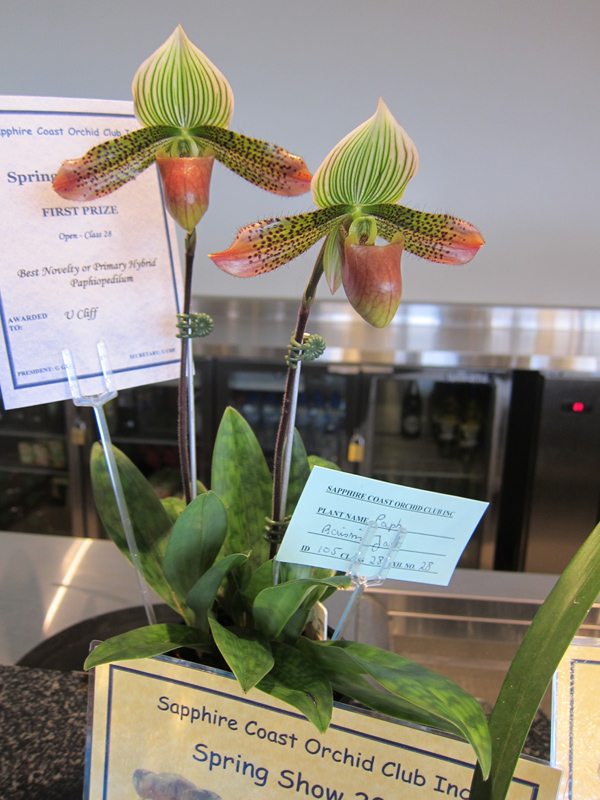 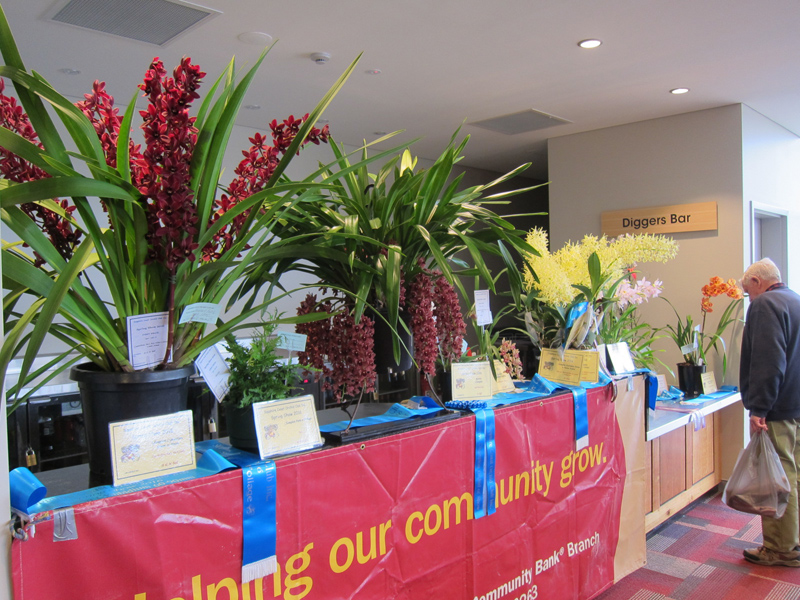 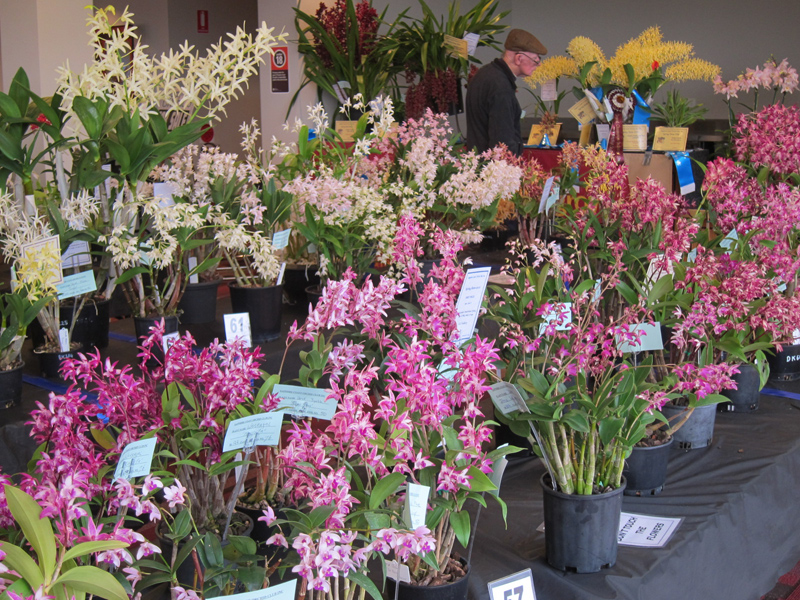 Dens were star of the Show 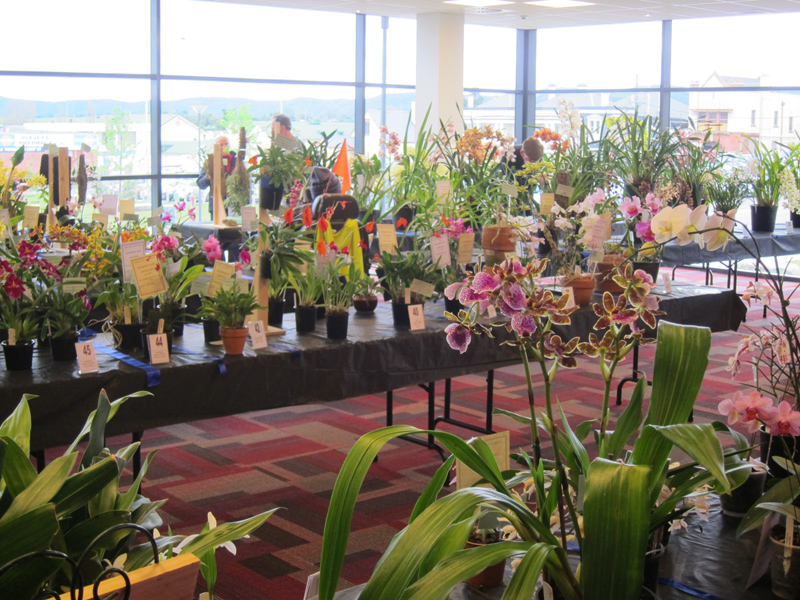 Other Orchids on the Bench

A great variety of plants on Show