The Sapphire Coast Orchid Club presented its Spring Orchid Show at the Scout Hall, Bega, from 10-11 September. Australian Native orchids are at their best at this time of year, and there were many wonderful plants on display, including many fine examples of Dendrobium speciosum (the rock lily) and a lovely selection of terrestrial orchids which rarely make it to the show bench. The ever popular Cymbidiums and a good variety of other exotic genera completed the display. It was very pleasing to see some of our Novices exhibiting for the first time, including some beautiful floral arrangements featuring cymbidium orchids.

Ulli Cliff from Bega won Champion Paphiopedilum with her dainty Paph Raisin Jack, as well as Champion Laeliinae Alliance with her colourful Slc Fire Magic ‘Solar Flare’. Shirley Bedingfield from Merimbula was awarded Champion Orchid Any Other Genera for her Dendrochilum tenellum. Champion Vandaceous Orchid as well as Champion Seedling Other than Cymbidium went to John and Irene Stubbs from Brogo for their beautiful Dtps Chain x En Pearl x Tenney White Spots.

David and Barbara Jones from Kalaru were awarded Champion Fern or Foliage for their rare and unusual member of the bromeliad family Abromietiella chlorosticta. Champion Floral Art once again went to Helen Fraser for her beautiful arrangement featuring cymbidium flowers.

thank you to all who helped make this show such a wonderful success.
Sapphire Coast Orchid Club would like to thank our major sponsor, Southern Farm Supplies of Bega, for their continued support of our show. 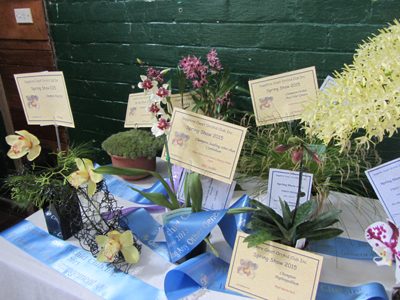 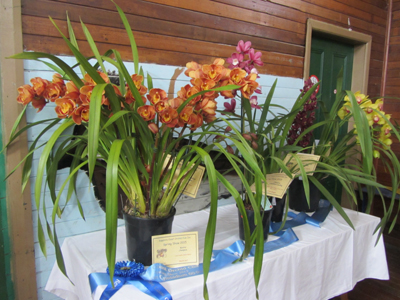 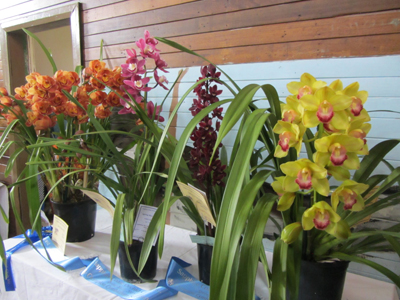 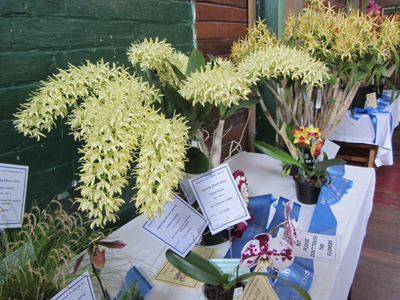