The Sapphire Coast Orchid Club presented its Spring Orchid Show at the Scout Hall, Bega, from 19-20 September. Growers from all over the south coast put together a wonderful display, with a very strong showing of Australian Native orchids, as well as Cymbidiums and a good variety of other exotic genera. The judging panel was impressed with the quality of plants on display, especially the Australian Natives, and the show attracted many positive comments from the visiting public.

Novice grower Michael Wood from Kalaru knows what he is about when it comes to Australian Native Dendrobiums. Of the many high quality and beautifully presented orchids he put on display, one in particular caught the judges’ attention. Dendrobium speciosum 'Windermere' x speciosum 'Two Up', a first-flowering seedling carrying 8 racemes of pristine white flowers, scooped the prize pool and was awarded Grand Champion of the Show, as well as Champion Australian Native or Native Hybrid, Champion Seedling Other Than Cymbidium, and Champion Novice. Another of Michael’s plants, Dendrobium Australian Gold Rush 'Jennifer', carrying many shapely yellow blooms, gained Champion Specimen Orchid. Well done Michael, and congratulations.

As always, the Cymbidium sections were well contested. Bob and Muriel Bell again graced the champions table with their superbly grown and presented Cym Radient Ruby 'Aussie Gem', carrying six very tall racemes of deep red flowers. This plant was awarded Champion Cymbidium Under 60mm, and Reserve Champion of the Show. Bob and Muriel also won Champion Cymbidium 60mm to 90mm, with their beautiful Cym Valley Champion 'Gorgeous', which did its name justice with 3 racemes of lovely pink flowers carried well above the foliage. Bob and Muriel were victorious in the overall pointscore, and were awarded the Maurine Cochrane trophy. 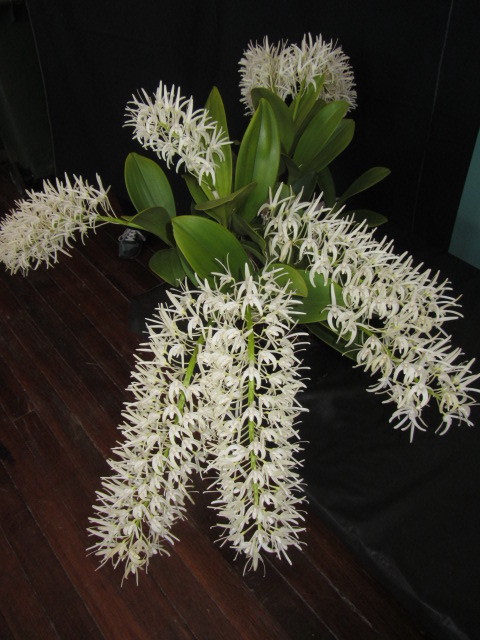 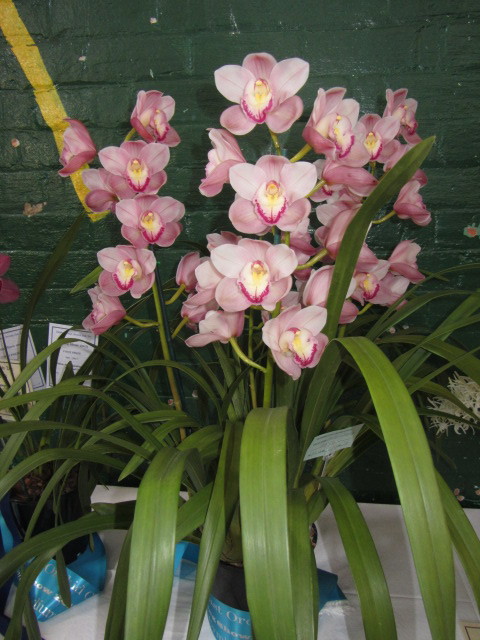 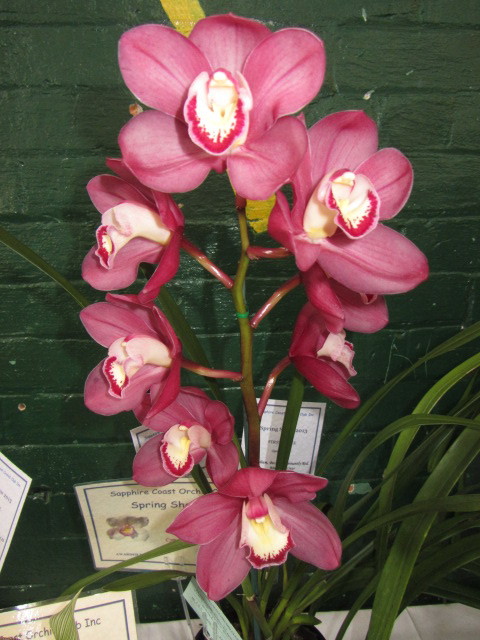 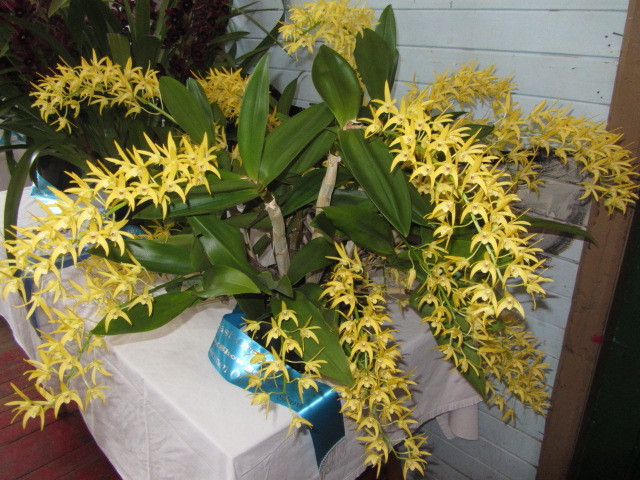 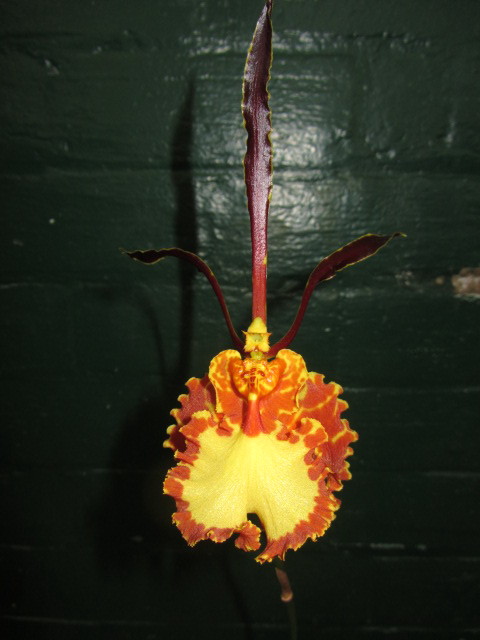 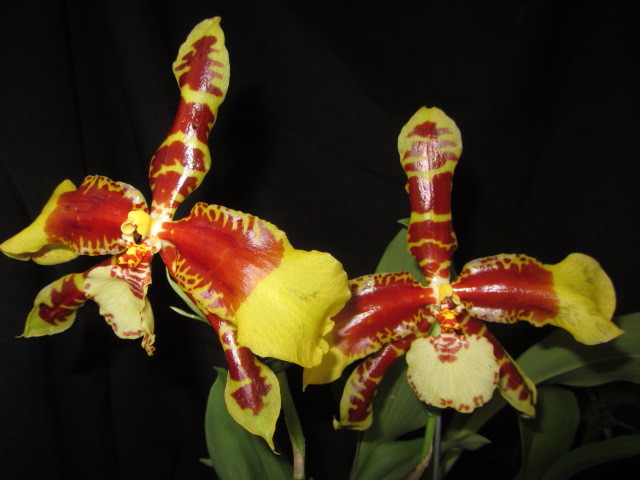