A colourful spectacle greeted visitors to the Bega Scout Hall when the Sapphire Coast Orchid Club presented its Spring Orchid Show from 15-16 September. Australian Native orchids are at their best at this time of year, and there were many wonderful plants on display, filling the hall with their heady perfume. The ever popular Cymbidiums were well represented, and less frequently seen genera such as slipper orchids, Masdevallias, Cattleyas and Oncidiums added extra interest.

Shirley Bedingfield from Merimbula is always a force to be reckoned with, and this year was no exception. Her Masdevallia Midas Touch ‘Crown Vista’ carried a single, glistening, deep orange flower which so impressed the judges that it was awarded both Champion Orchid Any Other Genera and Grand Champion of the Show. Her Dendrobium Jonathon’s Glory ‘Tim’ was covered in dainty pink flowers and gained Champion Australian Native Species or Hybrid, and her aptly named Dendrobium Essie Banks ‘Showers of Gold’ stood out from the crowd to gain Champion Specimen Orchid. Shirley was also victorious in the overall pointscore, and was awarded the Maurine Cochrane trophy.

The Cymbidium sections were well contested. Eden growers Bob and Muriel Bell were again amongst the winners, with their superb Cymbidium Jubilation ‘Geronimo’, carrying a single raceme of yellow flowers displayed to perfection, and being awarded Reserve Champion of the Show and Champion Cymbidium 90mm and Over. Bob and Muriel also won Champion Laeliinae Alliance with their beautiful Cookara Tropical Snowflake ‘The Bells’. Champion Cymbidium 60-90mm was won by Pambula growers John and Pat Tanner, with their beautifully presented Cymbidium One Tree Hill ‘Mt Beenak’. This plant carried 2 racemes of yellow flowers displayed well clear of the foliage. Champion Cymbidium Under 60 mm went to Tura Beach grower Lorna Kerr, for her lovely Cymbidium Sarah Jean ‘Rose on Ice’, carrying 2 arching racemes of dainty white flowers tinged with the faintest pink blush.

John and Irene Stubbs from Brogo took out Champion Cymbidium Seedling with their Cym Mary Green x devonianum. John and Irene were also awarded Champion Paphiopedilum for their excellent Paph Personality Liliumdale, and Champion Species for their Epidendrum Sp. Ulli Cliff from Bega won Champion Vandaceous Orchid of the Show with her Aerides vandirum, and Graham Gray from Eden won Champion Seedling Other than Cymbidium for his Masdevallia Eggnog ‘Christmas Cheer’ x Inca Prince ‘Tangello’.

Champion Novice went to David and Barbara Jones from Kalaru for their eye-catching specimen Coelogyne cristata, which was covered in white flowers. Barbara, fresh from her victory at the winter show, again took out the Champion Floral Art with a beautiful arrangement featuring cymbidium blooms.

Congratulations to all exhibitors and thank you to all who helped make this show such a wonderful success. Thank you to all our sponsors, in particular our major sponsor, Southern Farm Supplies of Bega. 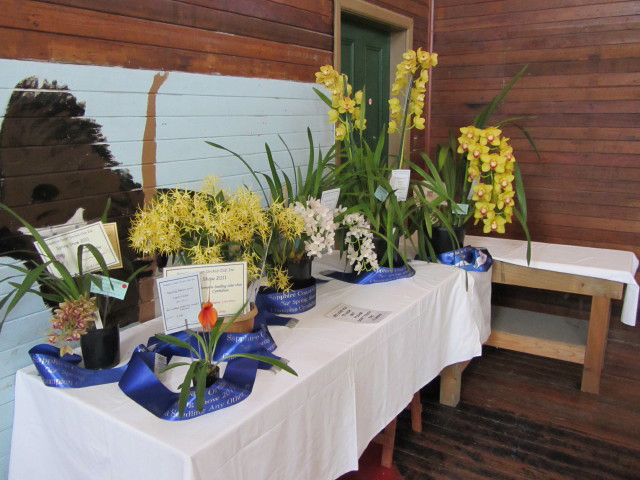 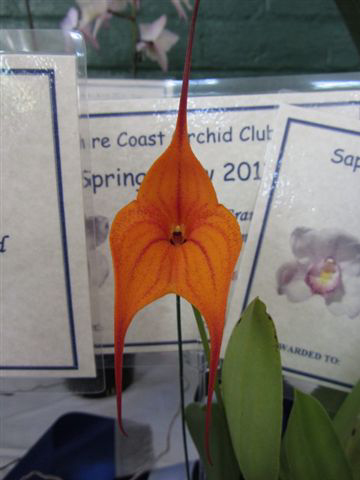 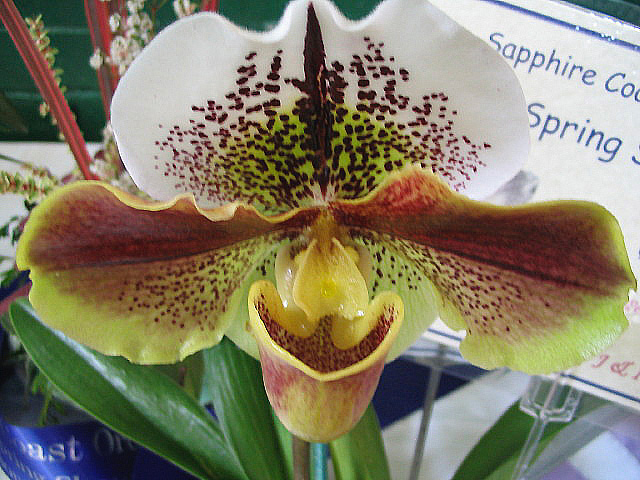 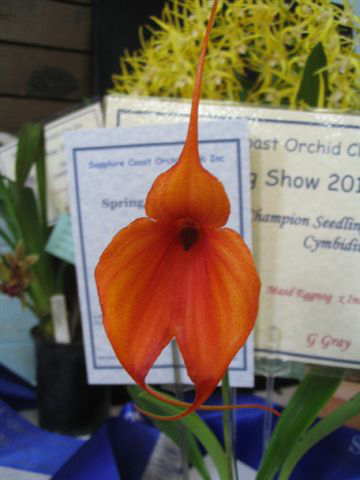 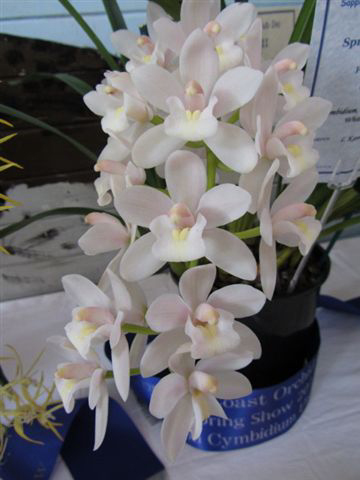 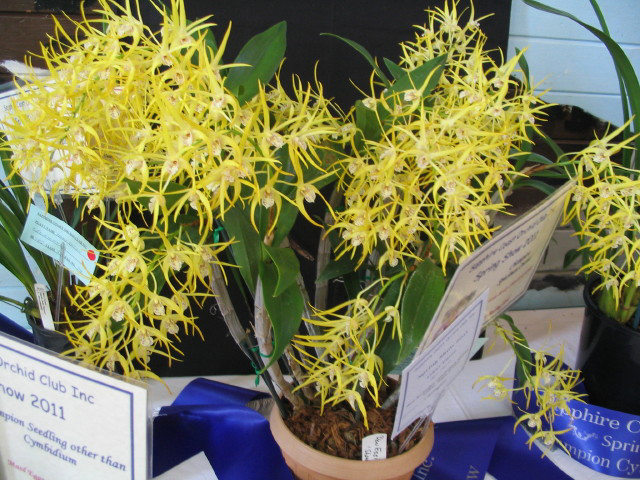 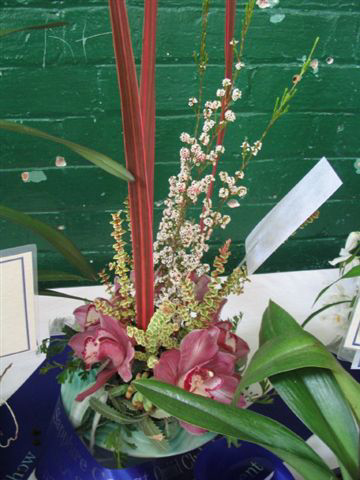