The 2009 Spring Show at Bega saw 210 orchids presented to the judging panel, in this a year of scarce flowers. Undoubtedly the season has had an impact on the quality of some of the Cymbidiums but despite this several Cymbidiums made it to the Champions table. Notwithstanding the season the variety of genera presented for judging at this show was second to none.

The Grand Champion was awarded to the classical yellow Cymbidium Jubilation ‘Geronimo’ which also took out the Cymbidium over 90 mm grown by R & M Bell of Eden. Bob and Muriel, renowned Cymbidium growers, also were successful in the under 60 mm Class with their almost black Cymbidium Radiant Ruby ‘Aussie Gem’. However they showed their versatility by also taking out the best ‘Seedling other than Cymbidium’ with a delightful Australian native, Den Aussie Angel x Den speciosum var pedunculatus which showed promise of better to come as this plant matures.

Reserve Champion, Champion Vandaceous and Champion Species was won by Rhyncostylis gigantea x Rhyn. “Big Red” This eye catching plant was presented by John Stafford and his daughter Tracy Ainsworth of Kalaru, it had three cascading spikes of 4 cm mauve and white flowers.

The ‘Specimen Orchid’ and ‘Champion any other Genera’ was awarded to a spectacular Dendrochilum tennellum which looked like a large tuft of grass until closer inspection revealed hundreds of tiny racemes of flowers falling from the tips of the grass like stems. The plant was grown by Merimbula grower Shirley Bedingfield who also was awarded for her Sophronitis coccinea, a beautiful orange red flower in the Champion Laeliinae Alliance category.

The Champion 60 mm to 90 mm Cymbidium was awarded to a beautiful Akebono ‘Dural’ grown by John Tanner. This pink flower with its distinctive red lip presented quite a picture.

Robert Pollock and Brenda Western from Ulladulla took out the Champion Cymbidium Seedling with their brilliant orange yellow Valley Sovereign x Beach Girl, one of Rob’s own breeding.

The novice ranks were well contested and gave the judges a difficult choice but new grower Susie Butler rose above the pack to win the Champion Novice with her immaculate Masdevallia Perle Toriana, a very well presented orange flower.

Another well contested section was the ‘Open Floral Arrangement’. This sometimes neglected section had some very imaginative displays but Helen Fraser’s simple approach using a glass bowl and mirror and a simple spray of Hard Cane Dendrobiums took the judges’ eye and was awarded the Champions Sash.

The overall pointscore winner and recipient of the Maurine Cochrane Trophy went to well deserved Eden growers Bob and Muriel Bell. This award is a just reward for the very heavy investment in time and effort put in by this very enthusiastic pair.

Congratulations to our winners and thank you to all our exhibitors, without you we would not have a show. And a special thank you to our generous sponsors, Robert Smith Complete Furnishers of Pambula, and Southern Farm Supplies of Bega. 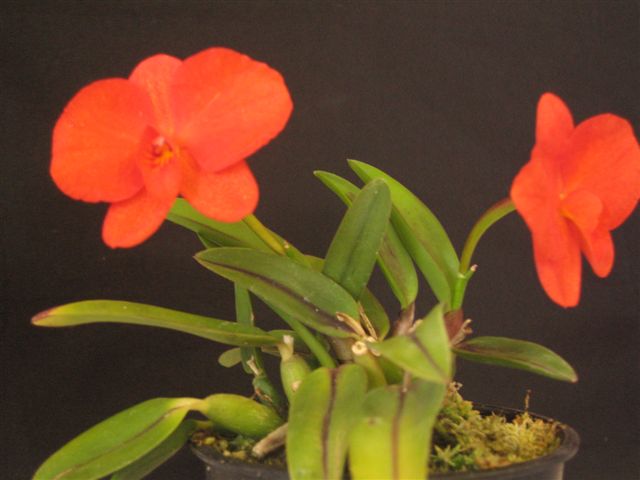 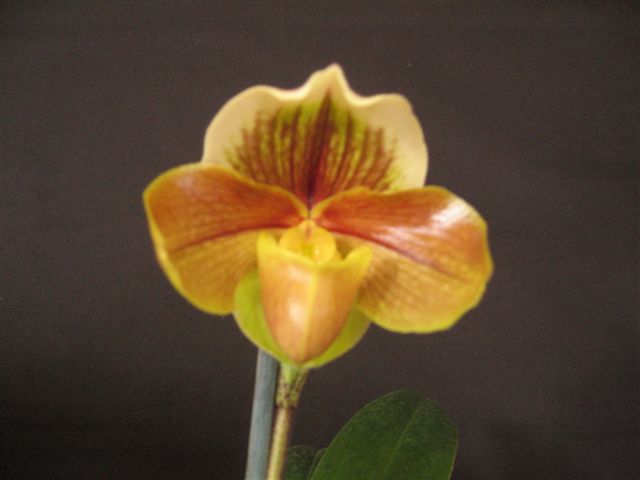 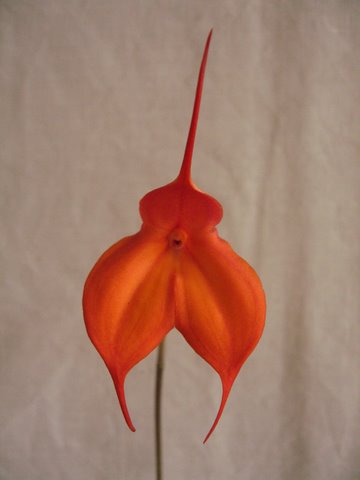 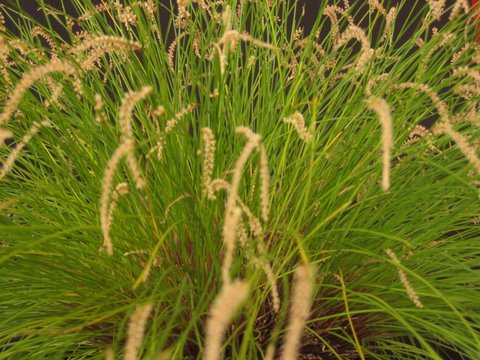 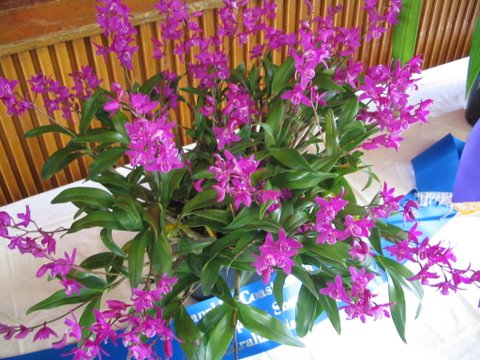 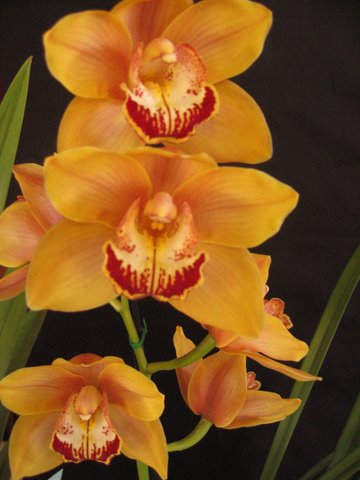 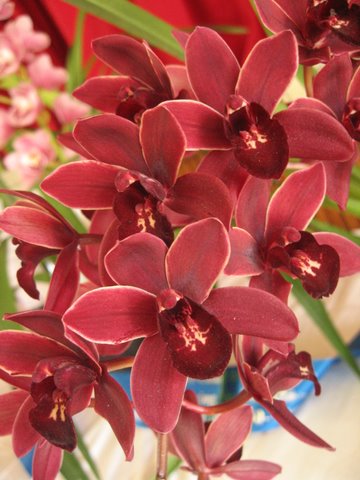