The Sapphire Coast Orchid Club presented the South and West Regional Orchid Show at Bega Town Hall on the 29th and 30th September. 'Orchid Heaven 007' brought together Orchid Clubs from Shoalhaven, Batemans Bay, Eurobodalla, Canberra, Wagga Wagga, Albury-Wodonga and the Sapphire Coast and other exhibitors came from as far away as Griffith, Sydney and Victoria to display their best orchids and spend the weekend with orchid friends old and new. Together they created a stunning show, which included 8 floor displays, 2 table top displays and benches laden with orchids. The ever popular cymbidiums were well represented, Australian native orchids filled the hall with their heady perfume, and the variety of exotic orchids on display was simply amazing. Head judge Dennis Diehm, who has judged at orchid shows all over Australia and internationally, commended growers on the quality of plants on display, and remarked that this show would hold its own anywhere in New South Wales, indeed Australia.

Champion Club Display and the South and West Region Trophy, now named the Norma Stafford Trophy in honour of the late Norma Stafford who was a driving force behind the creation of this regional show, was won for the second time in a row by the Albury-Wodonga & District Orchid Club, for their beautiful spiral staircase to heaven consisting of both native and exotic orchids. Champion Other Display was won by John Stafford of Kalaru for his lovely Orchid Heaven individual floor display, featuring cymbidiums and Australian native orchids.

Reserve Champion of the show was won by J & G Webb from Shoalhaven for their lovely Cymbidium Bulbarrow 'Our Midge', carrying 5 cascading racemes of perfect flowers. This orchid was also the Champion Cymbidium Under 60mm.

Champion Paphiopedilum was won by J Morschel from Shoalhaven with his beautiful Paph Double Deception. Champion Species Orchid went to a superb specimen of Cymbidium lowianum, exhibited by Wagga Wagga Orchid Society. Champion Novice was awarded to local grower Alan Bailey for his Australian native Dendrobium Brinawa Charm x Deskailoo 'Cream'. Doug Schofield from Eden won Champion Junior with an unnamed Cymbidium. Champion Floral Art was taken out by H & K Beazley from Albury-Wodonga with a lovely arrangement featuring a cymbidium raceme in a log, and Champion Photograph went to Alan Stephenson from Shoalhaven for a digital print featuring a native terrestrial orchid.

Congratulations to all the winners.

Sapphire Coast Orchid Club would like to thank all of our sponsors, in particular our major sponsors Robert Smith Complete Furnishers of Pambula and South East Fibre Exports Pty Ltd of Eden, whose generous support made this show possible. 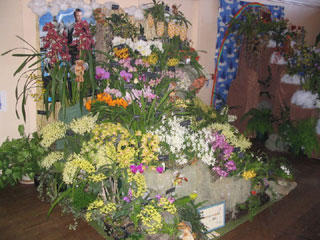 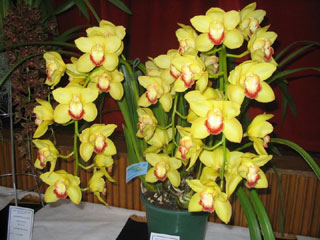 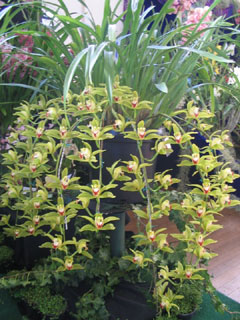 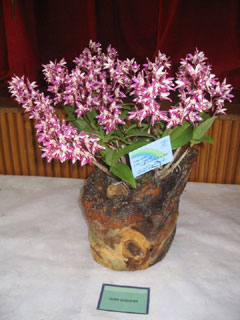 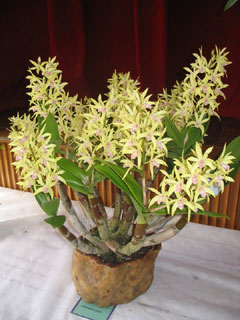 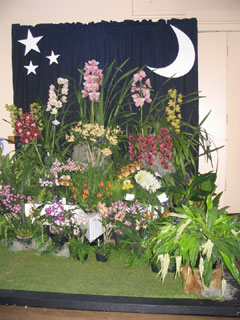 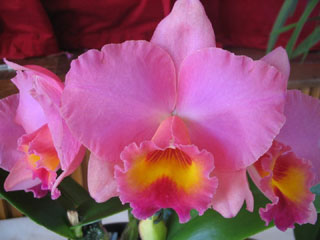