The Sapphire Coast Orchid Clubâ€™s Australian Native Orchid show was held on the 2nd and 3rd November at Twyford Hall, Merimbula. The dainty Sarcochilus Orchids, usually the mainstay of this show, are a little late in flowering this year. Although down in numbers, there were some beautiful plants on display, complimented by a very good showing of Soft Cane Dendrobiums, Masdevallias, Cymbidiums and a variety of other exotic orchids, which made for a very colourful show for visitors to enjoy.

Bob and Muriel Bell from Eden won Champion Any Other Orchid with their beautiful pure white Soft Cane Dendrobium. 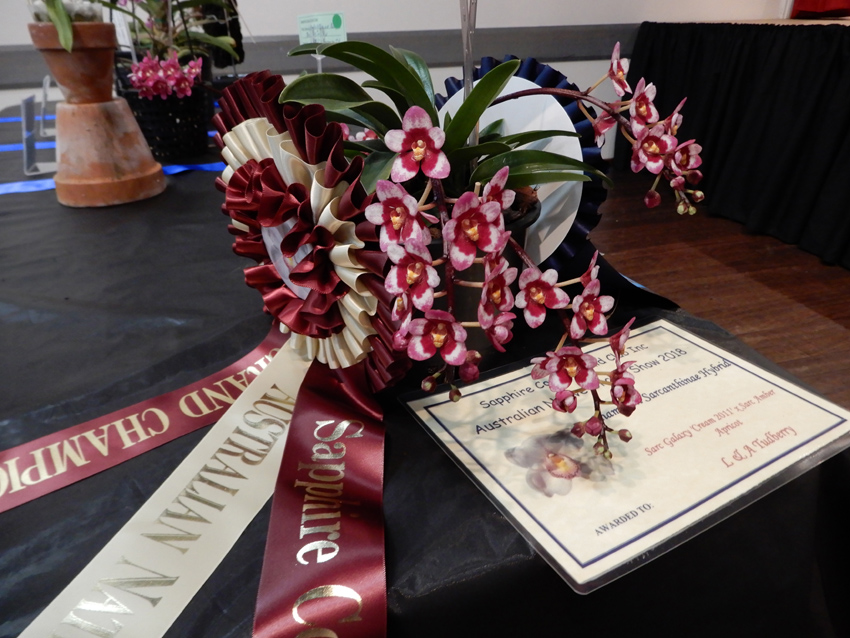 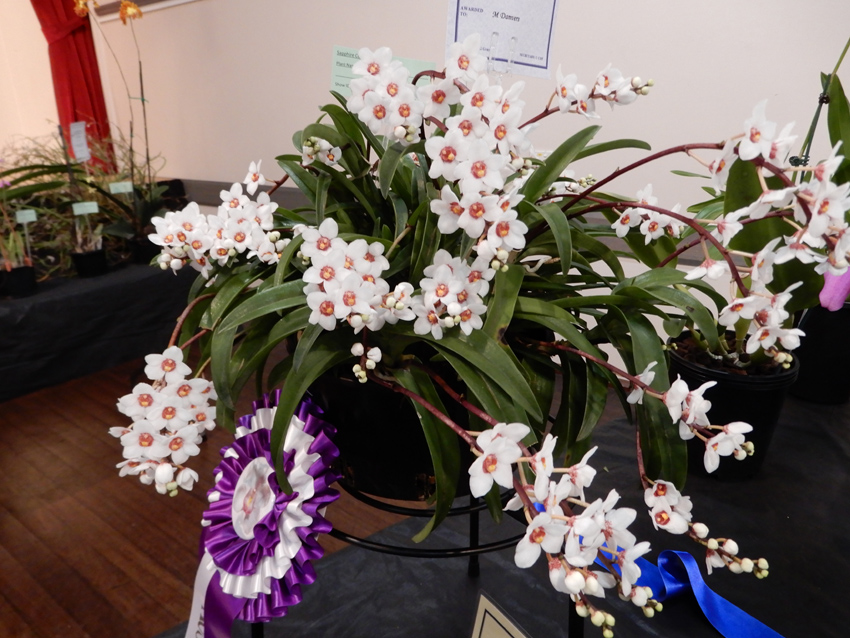 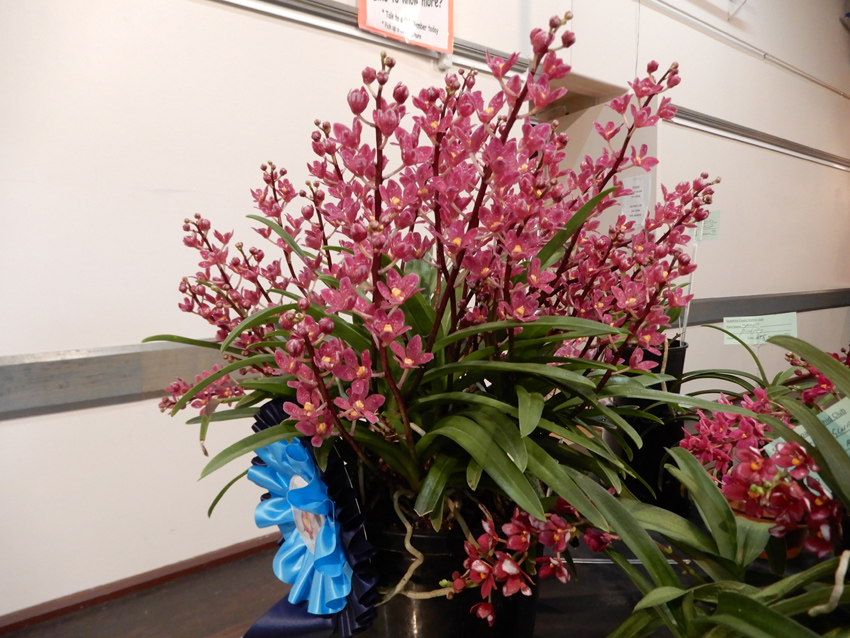 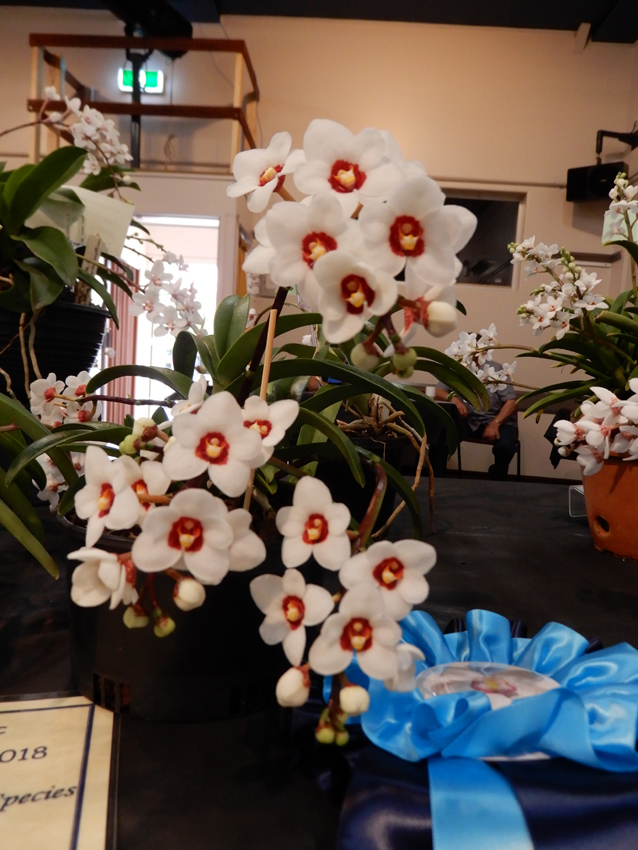 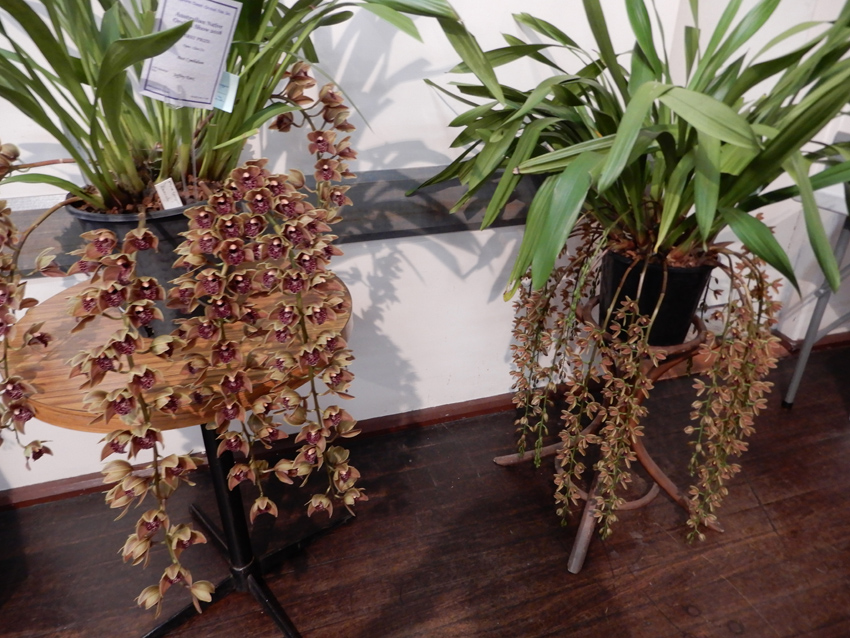 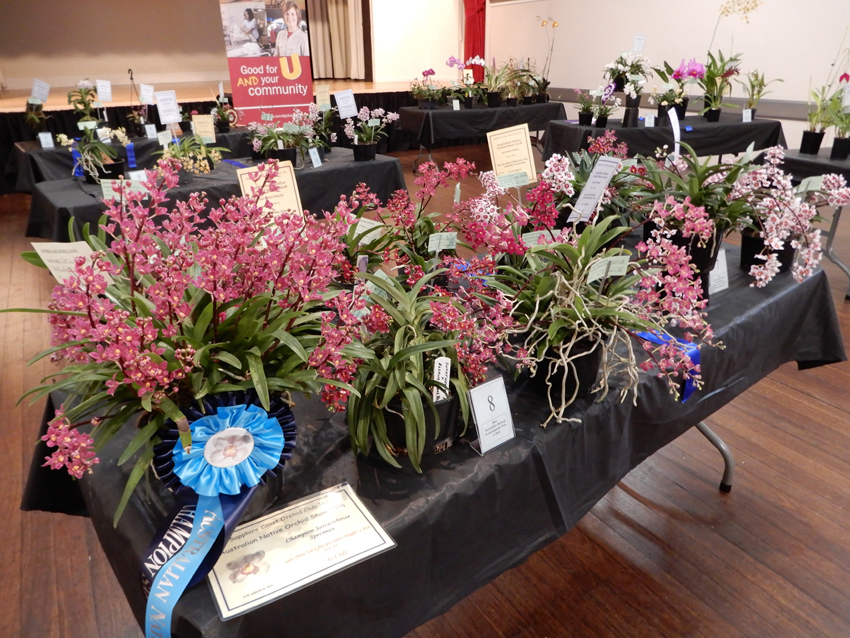 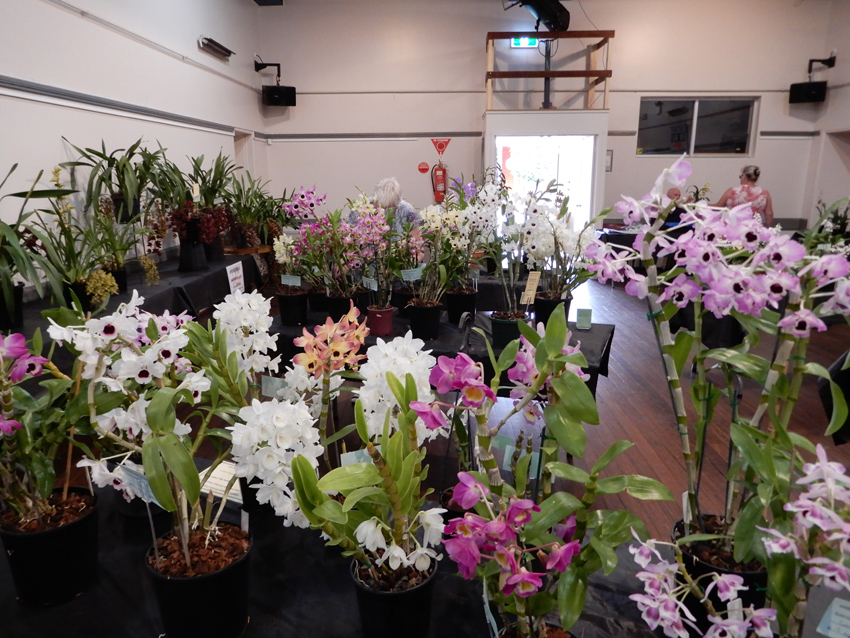 Other species on show