The Sapphire Coast Orchid Club’s Australian Native Orchid and Bonsai show, held on the 5 & 6 November at Twyford Hall, presented a wonderful display of Sarcanthinae Orchids which are the feature of the Show. Visitors were very appreciative of the opportunity to see these dainty orchids, which in the main flower too late for our Spring show, and with the added attraction of David Hof’s Bonsai the hall presented a very grand view.

David Hof’s Bonsai collection almost defied description, with 35 year old trees little more than 50 cm tall in a wide range of species which included deciduous European hardwoods and conifers. David was on hand to explain the finer points of his art.

Shirley Bedingfield from Merimbula was again amongst the winners this year. Her excellently grown Sarc Melba carried 12 racemes of white flowers with red centres, and was awarded Best Sarcanthinae Specimen. Shirley also took out the pointscore for the show for the second year in a row.

The Sapphire Coast Orchid Club would like to thank our major sponsor, South East Fibre Exports, for their very generous support of our show. Thank you also to all exhibitors and helpers who made this show a success.

Further information may be obtained by contacting the Publicity Officer 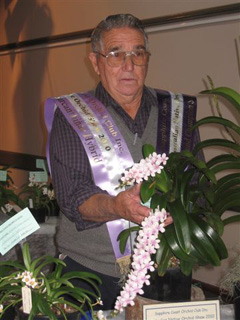 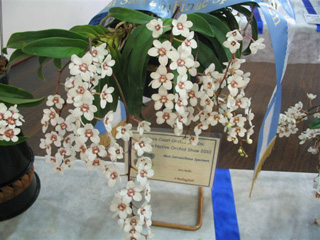 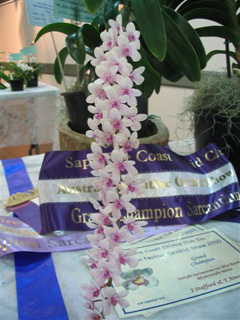 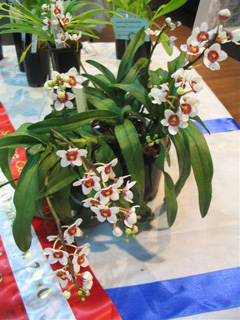 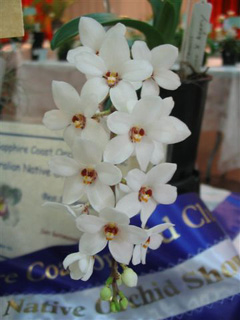