The Sapphire Coast Orchid Clubs Australian Native Orchid and Bonsai show 6 & 7 November was a coup for local Merimbula grower Shirley Bedingfield. Shirley was able to claim all of the major prizes for Sarcanthinae Orchids which are the feature of the Show.

David Hof’s Bonsai collection almost defied description with 35 year old trees little more than 50 cm tall in a wide range of species which included deciduous European hardwoods, conifers and a couple of banksias. David was on hand to explain the finer points of his art.

The Best Sarcanthinae Species also presented by Shirley was a Sarc hartmanii ‘George’. This fine specimen had crystal white flowers displayed on 10 racemes. Best Sarcanthinae Specimen was a Sarc Melba excellently grown by Shirley displaying its bright crystal like flowers on 10 racemes. It goes without saying that once again Shirley has taken out the pointscore for the show with her very impressive display of champions however there were a number of plants that were nudging for recognition so the competition will be tight next time around.

The Best Any Other Orchid was strongly contested with a range of Australian Native Cymbidiums and their hybrids, Masdevallias, Soft Cane Dendrobiums, a couple of spectacular Arpophyllum and some other odds and ends but Bob and Muriel Bell of Eden scooped the pool with their beautiful Soft Cane Dendrobium Hagoromo ‘Spring Beauty’ x Sailor Boy ‘Shrasagi’. The mass of pale lemon flowers with their delicate pink tips were a crowd pleaser.

The Novice category was well represented with some outstanding flowers but Susie Butler took out the Best Novice with a Sarc hartmanii ‘George’. A smaller specimen of the Champion Species so look out Shirley as Susie moves into the open class.

Visitors were very appreciative of the opportunity to see the Sarcanthinae orchids which in the main flower too late for our Spring show and with the added attraction of David Hof’s Bonsai the hall presented a very grand view. 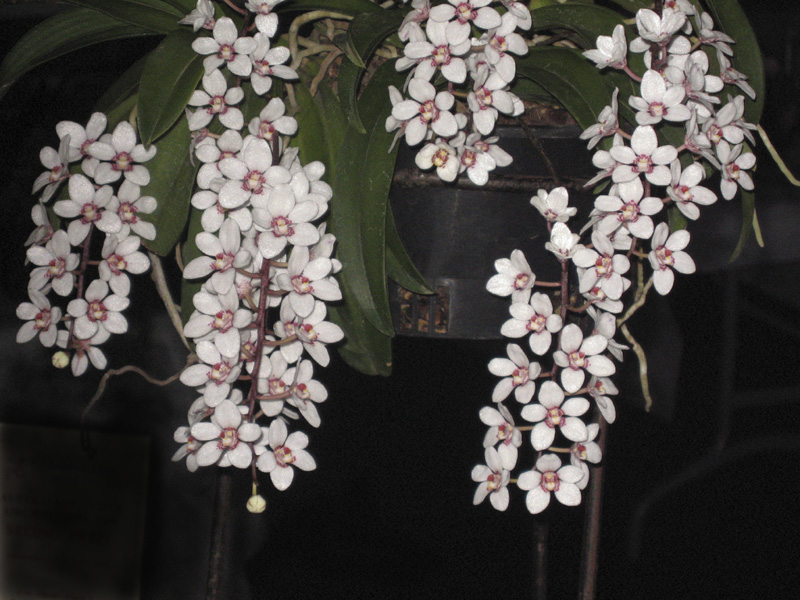 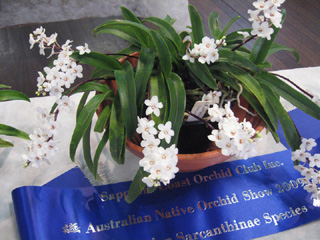 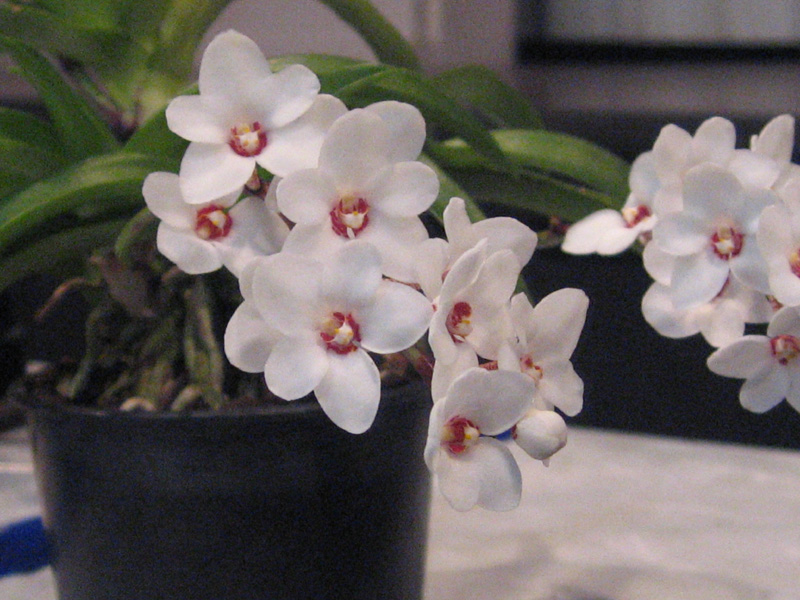 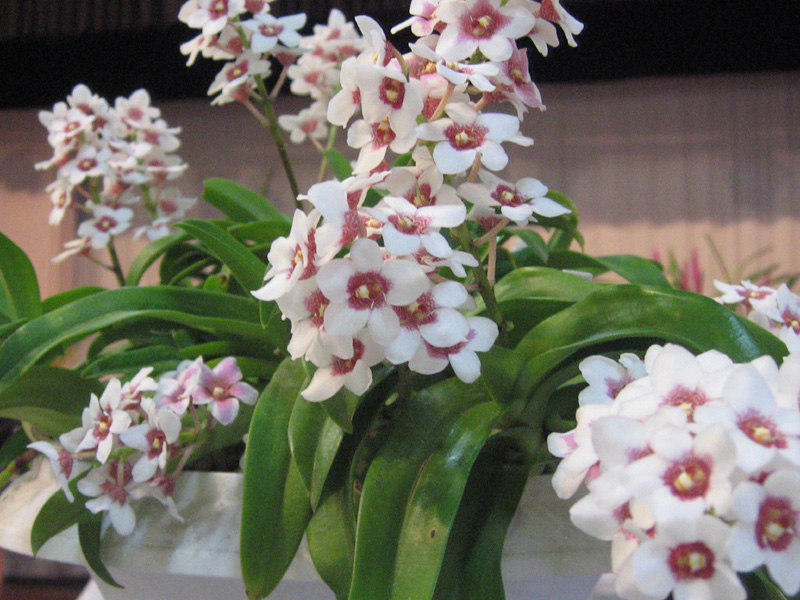 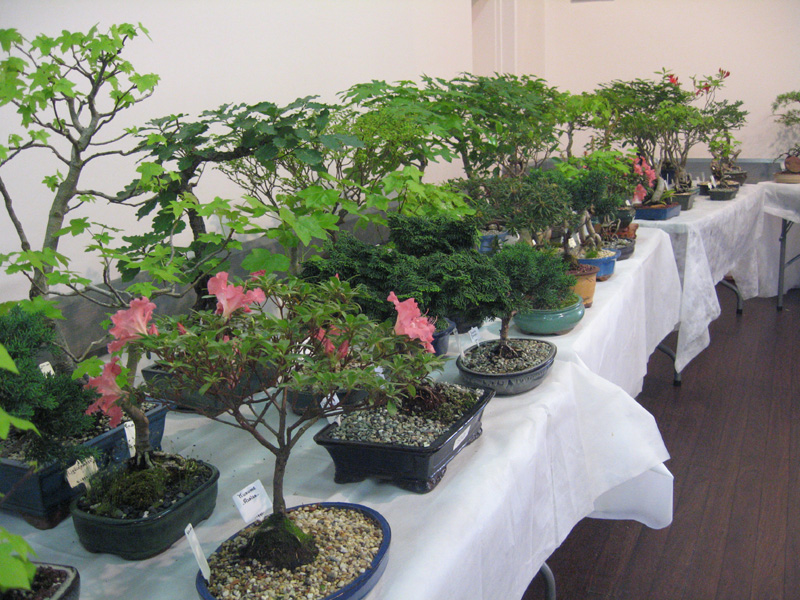