The Sapphire Coast Orchid Club presented its annual Australian Native Orchid Show at Twyford Hall, Merimbula on the 2nd and 3rd November. Visitors were treated to a beautiful display of the infrequently seen Sarcochilus orchids. These little Australian gems are becoming more and more popular as selective breeding increases their flower size and colour range. Many well grown specimens were on display, covered in flowers of pure white, white with red centres, all shades of pink, red and even yellow. The native orchids were well supported by a range of exotics, including cymbidiums, softcane dendrobiums and cattleyas.

Another feature of this years show was a display of 'Bonsai' by expert David Hof of Merimbula.

Champion Any Other Orchid was awarded to Tura grower Joy Richardson, for her impressive softcane dendrombium Malones Victory. Champion Novice was won by Tathra growers Graham and Adrianne Dempster for their colourful Potinara Love Call 'Lai'. 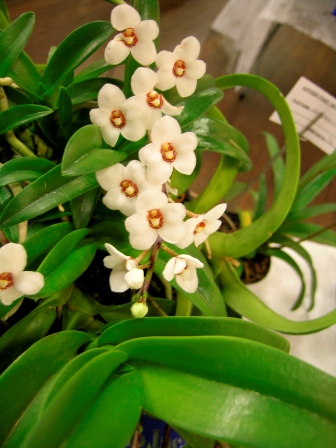 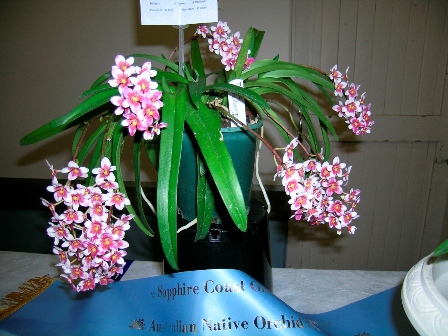 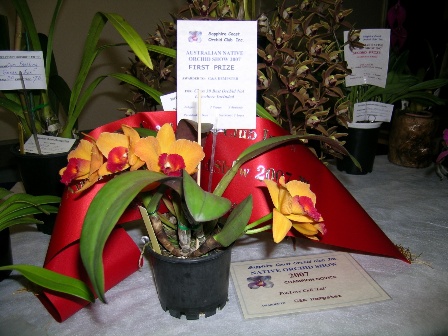