A showcase for Sarcanthinae Orchids the show also included other genera in flower this time of the year.

Champion Species and Grand Champion of the Show was taken out by John and Irene Stubbs with a well formed almost pure white Sarcochilus hartmanii. They were also successful with their Phalanopsis Snow Cloud x Flurry, a large white with purple lip, in the Champion any other Species.

In the novice ranks John and Lyn Ashton of Tura won the section with Sarcochilus Fitzhart x Cherie, a vigourous red speckled flower that shows a lot of promise. A feature of this years show was the inclusion of a display of 'Bonsai' by expert David HofofMenmbula. David's fascinating hobby featured a 35 year old white pine no more than 40 cm high.

Overall the show was a great display of the infrequently seen Sarcochilus orchids, which are becoming more popular as more colours become available. Other plants that featured were some excellent examples of soft cane dendrobiums grown by Bob and Muriel Bell and Paphs including a beautiful Nonito Hasegawa shown by Ron and Rose Boyd. 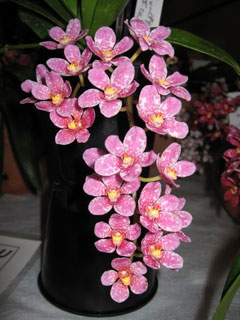 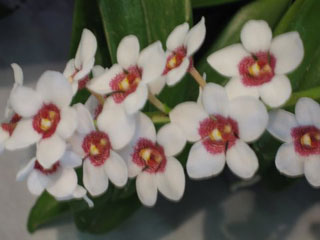 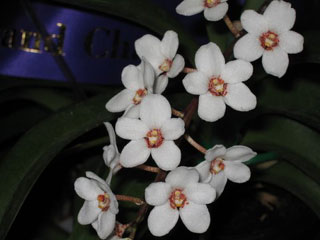 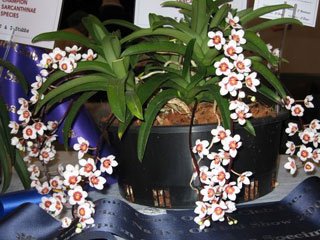 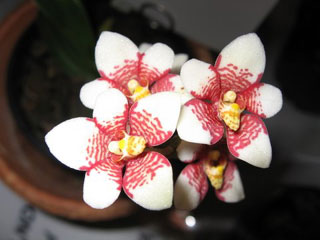