The Sapphire Coast Orchid Clubâ€™s Australian Native Orchid show was held on the 28th and 29th October at Twyford Hall, Merimbula. This show is dedicated to the dainty Sarcochilus Orchids which are rarely seen at the regular orchid shows. Their flowers may be small but are carried in profusion, and displayed en masse, with their ever increasing colour range they made quite a show. They were complimented by a variety of exotic orchids, with a particularly good showing of Masdevallias and some eye catching pendulous Cymbidiums. It was great to see such a nice display from our Novice growers too. 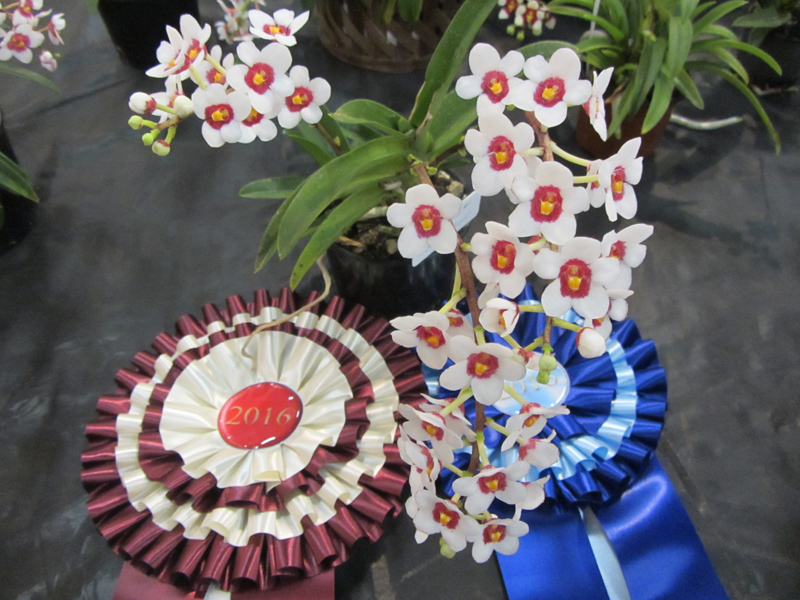 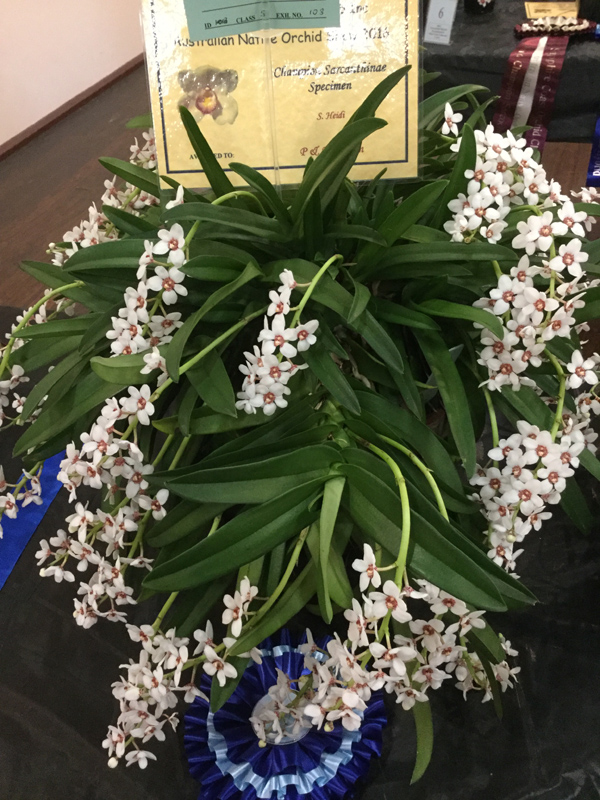 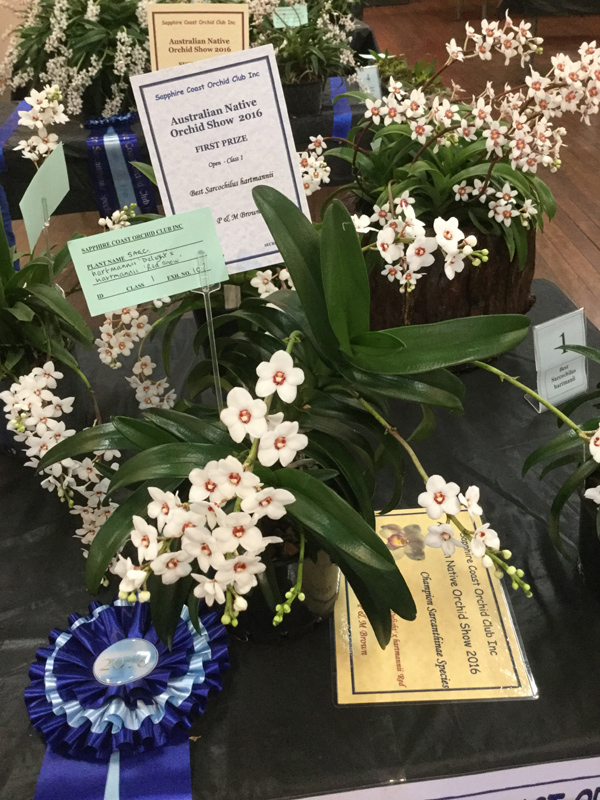 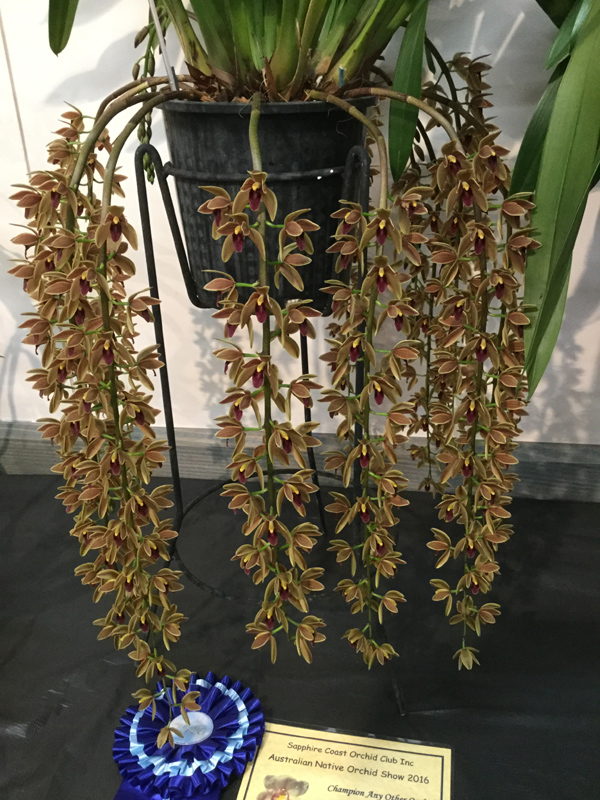 Champ. Any Other Orchid. 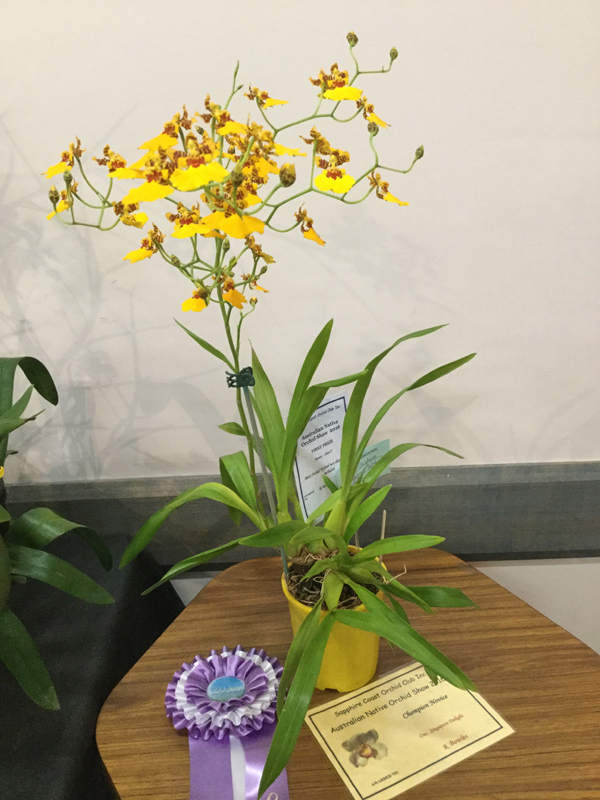 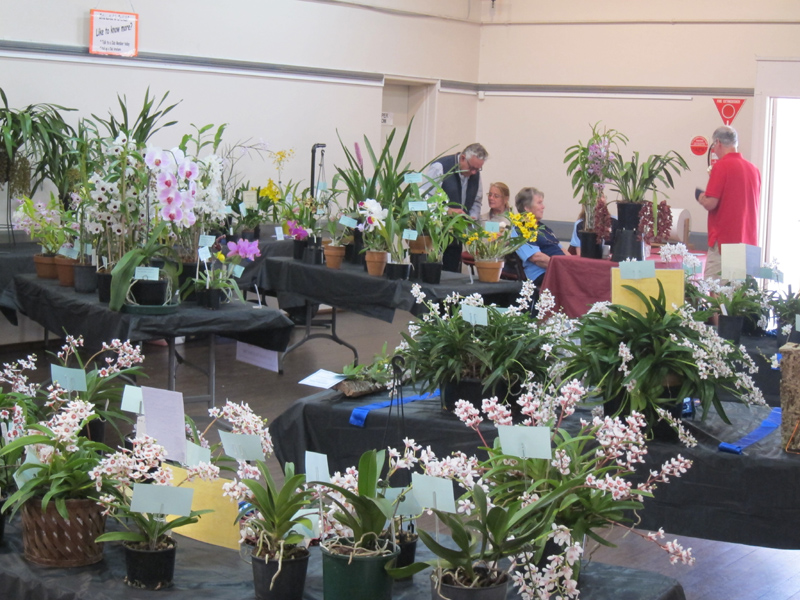 The Hall was filled with Colour 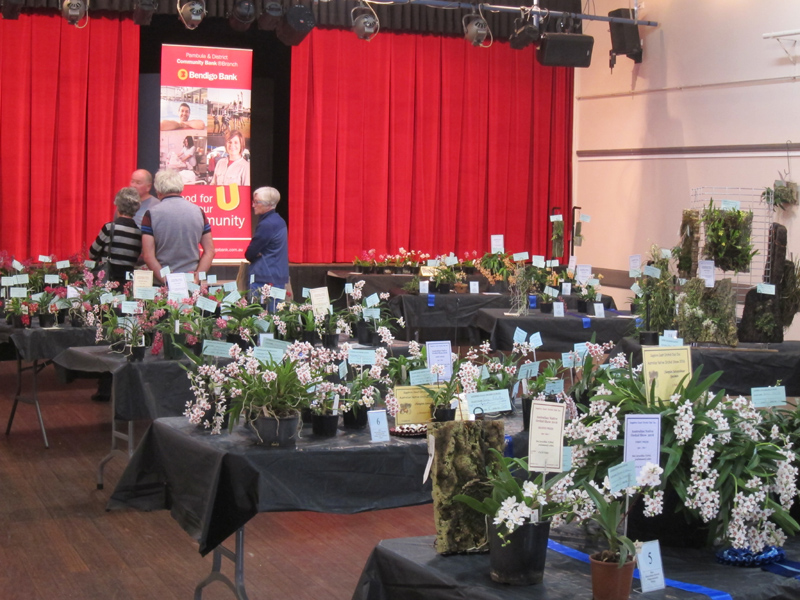 A great display of Sarcochilus.